Working on a True Crime

Wow! Yes, this is exciting. I am working on some additional details for a true crime book. I sent the proposal to Michaela Hamilton at Kensington for their Pinnacle Books line. I have a little to add on to the chapter summary and then I hope it's a sale.

I won't tell you the case until I get it sold but I've been following it from the first day's press and it's a doozy. If everything pans out, I'll write a short blog on what I've done, what I'm doing and how it… Continue

I suppose this is somewhat self promoting, but I think member will enjoy watching a rather funny reenactment of a crime scene from my murder mystery novel The Dead Guy. The characters are portrayed by a couple of Mr. Potato Heads.

We live very close to the Tule River Indian Reservation. With the advent of their casino (small by most Indian casino standards) life for these Native Americans has been a change for the better. The reservation is tucked away in a narrow valley between huge mountains. The reservation has more acreage than any other California reservation. However, much of it is inaccessible and includes part of an old growth Sequoia forest.

The Indians now have their own health clinic, a modernized… Continue

A Late Plea for Votes

With just a few days to go to the end of the month, please may I ask any of my friends who haven't yet voted to support 'The Nemesis Cell's' nomination for this month's New Covey Cover Awards.
The superb artwork is by the hugely talented Graeme S Houston and the book is due for publication by 4RV Publishing. As always I sincerely appreciate every vote that comes my… Continue

After Christmas signing in VA

I hope you all enjoyed your holiday and are prepping for the new year. My last public appearance in 2008 is tomorrow when I visit the Borders Express in Springfield Mall. While shoppers are returning all the gifts they didn't really want, I'll make sure a signed novel is among their replacement options. From noon to 4 pm I'll greet people at the bookstore nearest my home, in Springfield, VA

When Do You Give Up on an Idea?

I've got a million of 'em. News stories, friends' anecdotes, observed oddities, all form possible stories in my head. The next step is to try to write them down, and here I'm successful about a third of the time. It's heartening to know that big authors struggle with the same problem: Michener did all the notes for IBERIA decades before he actually wrote the book, and authors like Martha Grimes express frustration that they have other ideas they'd like to work on while their agent/editor/public… Continue 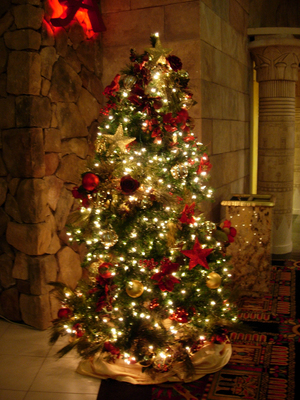 Review: WHAT BURNS WITHIN, by Sandra Ruttan

RCMP Constables Craig Nolan, Ashlyn Hart, and Tain (no first name) worked together on a case the year before that profoundly impacted all three. Since that time, they've not worked together. As the story opens, each is working a separate case: Nolan, a series of rapes, Hart a series of arson, and Tain a string of child abductions, one of which has turned to murder. As the separate investigations proceed, it becomes clear that they are linked in some fashion, bringing the three together again.… Continue

Magical Series Not To Missed

I was Reading Rachel's Blog at Changing Hands and saw that she had posted a list of the Top 5 Books to Reread and Rediscover and while I agreed with some of her selection (see below) I just had to add a few.

Happy Holidays From The Poisoned Pen

Good morning. Happy Holidays to all!
We hope your season is filled with health and happiness!
The store is decorated, holiday and gift book ideas are everywhere, our Best Books of 2008 Lists are posted, gift wrap is at the ready. We hope to see you!

Merry Christmas everyone!! I'm not a white Christmas fan, myself. These are the days I long for more tropical climes. I can't actually go this year, but I can do the next best thing - take a fictional trip in a good mystery novel. If you feel as I do, let me recommend "Square Snapper," a fun romp in Bermuda, penned by Deborah Middleton.

In this police procedural, the Bermuda Police are beset by a veritable epidemic of… Continue

Two awesome reviews for BEYOND THE LOOKING GLASS...and one for LIBRARIANS DONT GET MARRIED

Title: Beyond the Looking Glass

I'm posting this story from Yahoo 12/22/08 for anyone who might not have seen it. This sounds like an interesting forensic tidbit.

HELSINKI (AFP) – Police in Finland believe they have caught a car-thief thanks to a DNA sample taken from a sample of his blood found inside a mosquito.

Last June a car was stolen in Lapua, some 380 kilometres (235 miles) north of Helsinki. It was soon found near a railway station in Seinaejoki, about 25 kilometres from where it was… Continue

My Wish for Your Christmas

We talk about peace on earth, but that's a joke, as is good will to men. We wish folks happy Hanukkah or Kwanzaa knowing that they have heartaches that won't go away just because it's the holiday season. So what genuine wish can be sent out?

I'm not sure how I'd say it in person, but the wish I have for every person is that he or she finds a passion in life that makes all the rest of it worthwhile. For some it's family, and their faces light when they speak of their children, spouse,… Continue

After Christmas sales have started popping up already. Here is one you will want to make note of!