I like to share feedback I get on my novels. Today I want to introduce you to Greg Tafe.

Greg works on Eye Street in Washington DC and needed something to read on the Metro during his commute. He bought a copy of The Payback Assignment, and later wrote to tell me how much he enjoyed it. He told me he has already started the sequel, The Orion Assignment. I’m very happy to feature this action fan’s comments as this week’s featured review on my web sight. -… Continue

If you are anything like me you may not always have the money to buy Christmas presents. I believe the best gifts are a reflection of the one who gives it. I'm not a toy maker like Santa Claus - although I wouldn't mind having his job, and I do get to play the role at the family Christmas party. I'm a writer. My creativity is in weaving words, so for the past couple of years I have given stories as gifts. I write a new one for my niece every year. This year I have written two mysteries for a… Continue

Ffolkes' Medicine, the first of my historical-detective series thru a small company called Fireside Mysteries, is coming out in January. Meet Geoffery Armitage Ffolkes--a kinda cross between Cyrando de Bergerac and Sherlock Holmes. But one with a giant ego. 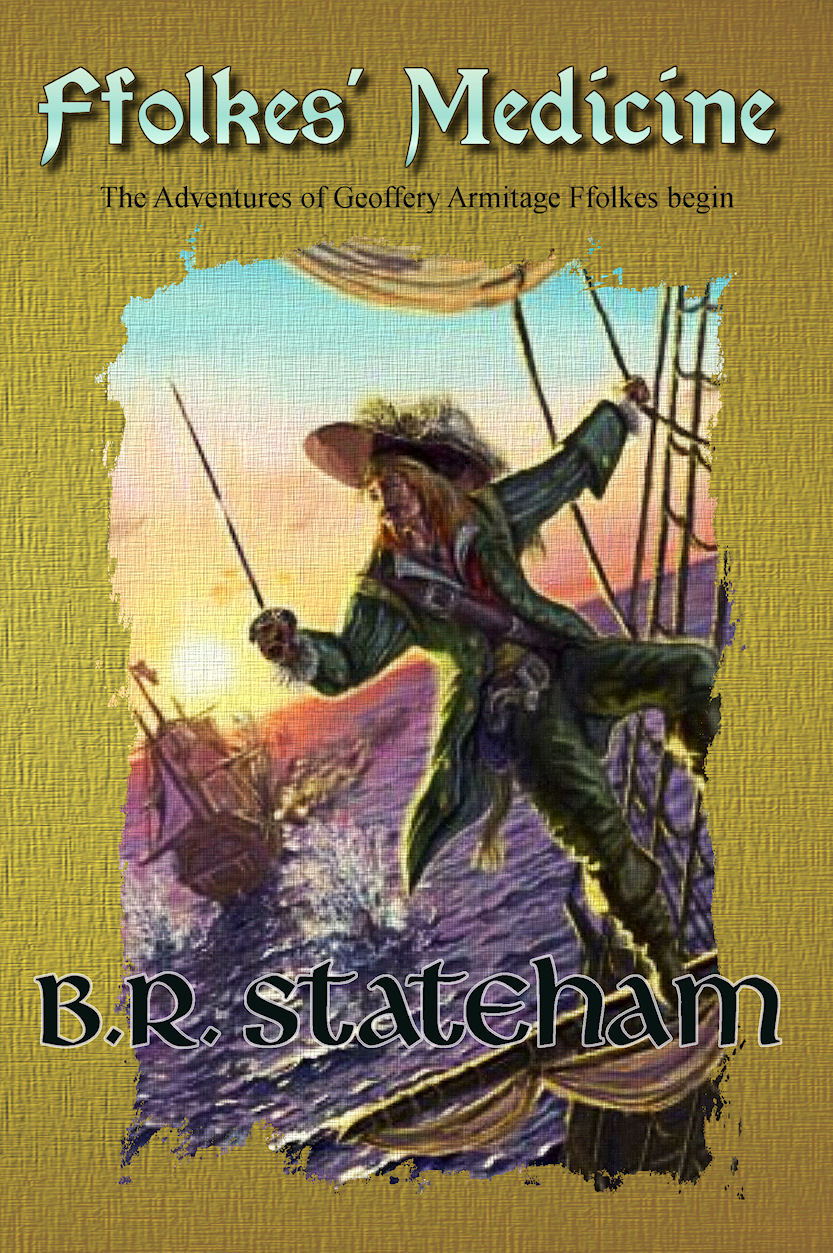 Well, friends, I am happy to report that my new spy novel, now entitled The Eagle Intercept, is complete at 70,000 words. For those of you just joining us, this manuscript started out as my NaNoWriMo project and almost didn't get finished (I had a hard time with the first draft) and when it was finished, was far too short (about 40,000 words). The first read-through and subsequent revision netted a ton of material I hadn't realized was there to tap, and as spy thrillers go I think it's pretty… Continue

BSP: Not a Diana Andrews story.

My story The Only Amateur is now online in Issue 3 of Scalped. It's my second stand-alone. It's also my first male protagonist after thirty Diana Andrews stories, which I mention because of our discussion on men writing women.

The theme of Issue 3 is "sexual distortion," and I think it's worth checking out. 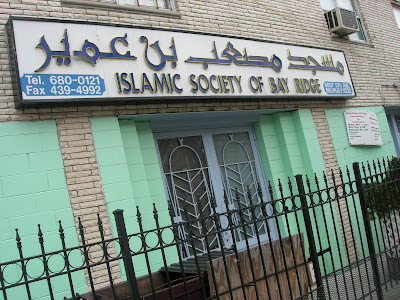 One of my biggest boosters has been Bill Ott, reviewer for the pre-publication review Booklist. Here's his review of my forthcoming THE FOURTH ASSASSIN, which is out in the US and the UK on Feb. 1:

"Road-trips in crime series have the built-in problem of removing their heroes from the landscapes that define them. Rees’ Bethlehem history teacher and occasional… Continue

(Muppet version.) With five days until Christmas and a need for effort-less blogs, I'm going to ask five questions, one per day. Answer here or in your head, whatever works.

Question #1: Where do you want to be as a writer five Christmases from now?

In our mobile society, many of us live far from our parents and other relatives. Yet those people often hold our fondest memories. For that reason, Christmas is a time when you get homesick - even when you're home.

Pretty wrapped presents can’t substitute for those loved faces. So do yourself a favor and gather as many of your relatives in one place as you can this holiday season. As Burton Hillis said, the best of all gifts around any Christmas tree is the presence of a happy family… Continue

Review of SILVER by Steven Savile

The New Rival to the Davinci Code is SILVER says Robert W. Walker


The New Rival to the DaVinci Code -SILVER

I recently read a book that was so absolutely riveting, that I loved so much, that I have decided to place my review of this international thrille right here.

4-state solution for Israel and the Palestinians?

My latest dispatch on Global Post -- a week or so after it posted, because I've been in Italy and, well, the Middle East wasn't on my mind...I didn't miss the taste of humus too much either, not with all that saltimboca and gelato...

Palestinians are divided; Israelis too. Not a good basis for negotiation.
By Matt Beynon… Continue 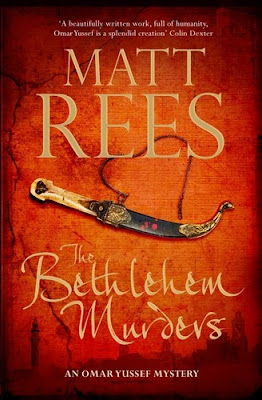 Scott Pack, controversial publishing guru and self-declared big mouth (I can tell you he's rather more charming in person than such a description would imply), recommends my debut novel THE BETHLEHEM MURDERS (US title THE COLLABORATOR OF BETHLEHEM) for a Christmas gift on… Continue 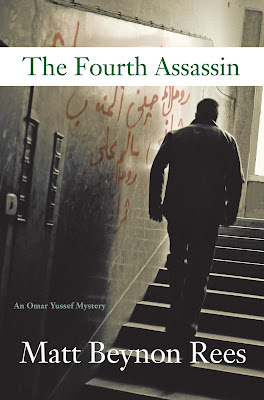 Publishers Weekly, the pre-publication review, stars my new Palestinian crime novel THE FOURTH ASSASSIN, which will be published Feb. 1 in the US and the UK. Here's the PW review: "The relentless cycle of violence and retribution follows Palestinian detective Omar Yussef to New York City, where he must deliver a speech at the U.N. on schooling in the… Continue

'thought I'd put up in here the opening chapter of book four of the Turner/Frank police-procedural series I'm writing. It's entitled Two Deadly Little Affairs.

I'm open to criticism--blistering or kindly; suggestions of any kind. I work on a theory the opening chapter must capture a compelling crime-scene. A 'hook' has to capture the reader immediately. So I'm wondering in the 'hook' in this chapter is strong enough/

If yo got the time, take a look at… Continue

Since my last newsletter I met a lot of readers. First, I and two other authors whose work is featured in the holiday mystery anthology, “The Gift of Murder,” spoke to a group of book lovers at the Reston Regional Library. That audience included several authors so we got a lot of support as well as great questions.

After that I had a very successful book signing at Waldenbooks in Hanover PA. I sold out in an hour and a half in this first visit there, and I suspect they’ve ordered… Continue

Details, details. You need them to make your story believable, but too many can drag your plot to a halt. Here's how to strike that just-right balance of fact in your fiction.

That's the introduction to my article "Fact Into… Continue

You heard it here first! Robin Burcell will be on IW in January to promote her latest book The Bone Chamber. If you are a Burcell fan, you do not want to miss this show! If you haven't read any of her works, check out The Bone Chamber! It is a great one.

Dead of Knight is a Cat and Mouse Thrill Ride Author William R. Potter takes the reader into the heart and soul of his protagonist and into the warped mind of a psychopath. Potter's first full length novel, Dead of Knight is told from the point-of-view of Detective Jack Staal and from the perspective of a killer who murders women on their birthdays.
Through clever use of back story, we learn that Detective Staal is suffering from post-traumatic stress after a horrific shooting. Unable to… Continue

Go over and check out my site for the Turner Hahn novels. Several reviews I pulled off Amazon.com for my book are listed. Three reviewers, of which, are members here in Crimespace (and to each I tip my hair-piece and bow humbly).

Wiping Away the Fingerprints

It's that last read-through before I let Someone Other get a peek at my work. Generally it involves removing all traces of myself from the MS: cutting out little asides that are me, not my characters; removing words and phrases that ring of author rather than authenticity.

Here, too, I ask myself if I'm sure of my facts, usages, and vocabulary. For example, I found I'd used the word "alibi", and although it wasn't in conversation, Elizabethans didn't have the word and it sounds… Continue