Eek, looks like I forgot yesterday. Well, I did sort of lose focus on the day because I had to to drop some mail off because the mail came too early and then I had to get some grocery items and then I went to lunch spontaneously with Barb and Jody and we did spend an hour and half talking. And then I had to come home and walk Tug and then deal with laundry and vacuuming and then the day just was away from me.

Finished MOSCOW RULES by Daniel Silva. 'Twas a good entry in the series but… Continue

Made some progress last night in MOSCOW RULES; I'm a little over halfway done. I enjoy this series though I don't normally go for espionage-types. And though it is very well told and feels like authentic details, the plots seem to built the same each time: Gabriel kinda wants out of "The Office" (Israeli Intelligence) because he's done so much for them (like personally hunt down and kill six of the hijackers involved in the incident at the Munich Olympics) but keeps getting dragged in for just… Continue

I started MOSCOW RULES by Daniel Silva last night; actually just a few pages in so I don't have an opinion on it yet. But I don't want to leave you empty handed so.... The author's official website can be found at http://www.danielsilvabooks.com/content/index.asp. Among other information, it talks about his next book, THE DEFECTOR, being released on July 21st of this year. On his publisher's website, there is an interesting interview with him from around the release of his previous book which… Continue

Todays Blog/Website of the Day is the official Crime Thru Time website: http://www.crimethrutime.com/. This is the companion to the Yahoo group of the same name. The site states, "Crime Thru Time is a web site dedicated to Historical Mysteries.We began as a discussion list and have since grown to a web site complete withinformation about upcoming releases, series/author book lists, timelines, and links of interest.Est. March 5, 1999."

I've been on a Veronica Mars binge, watching the… Continue

The Blog/Website of the Day is the episode guide to The Wire: http://www.hbo.com/thewire/episode/season1/episode01.shtml. I'm sure many have heard about this show that is now over -- all the raves are true. This is one amazing story told over five seasons. Life that is real, life that is on the streets, life that is not fair, day after day, so much depth and excellent characters. Like Band of Brothers, this is a testament to how good television can be and should be. I would also add HBO's… Continue 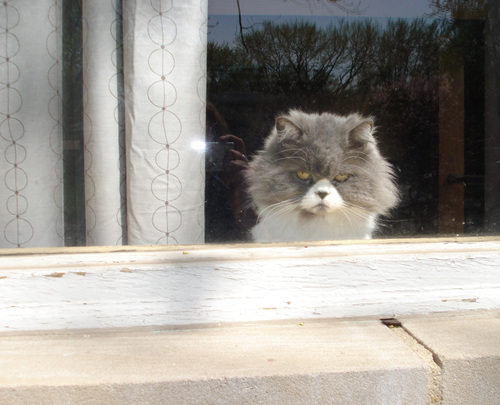 Today's Blog of the Day is a terrific resource: The Historical Mystery Homepage. http://members.tripod.com/BrerFox/historicalmystery.html. It is updated with new releases as well as listing histmyst authors by alphabet and books/series by era if one has a particular time period they enjoy and would like to read. There are many many different historical mystery series to choose from, so jump in! Join usssssss......

I made the online… Continue

This is a cross-post from 4MA

BONES OF THE BURIED by David Roberts
2nd of 9 featuring Lord Edward Corinth, a jaded English aristocrat,
and Verity Browne, a leftist journalist, between the wars in 1930s
London, England. "It's 1936, Spain is on the verge of civil war and
Lord Edward Corinth is coming to terms with the decline of his own
titled class in England made all too clear by the murder of three of
his Eton classmates. Verity Browne she asks for his… Continue

BLOG OF THE DAY (BOD): Petrona: Thinking and Linking about Books, Reading, Writing, Publishing, The Web and More. http://petrona.typepad.com. I found this one by clicking around on the web, jumping from site to site. I love doing that; it can take you to unexpected places or find gems like this blog.

The problem is that I get clicking and lose all sense of time and purpose (like now). I've been spending the last hour getting excited about the Internet again and finding things I want… Continue

It's Friday, right? Darn holidays screwed me up again

[Note: Most posts are from my blog, pkmadsen.blogspot.com so references to things like "on the left" are from that webpage]

Today's Daily Blog showcase is on the left - historical mystery author Deanna Raybourn. (http://deannaraybourn.typepad.com/) She writes the wonderful Lady Julia Grey series set in 1880s England. There are two books thus far, SILENT IN THE GRAVE (2007) and SILENT IN THE SANCTUARY (2008). Her third book, SILENT ON THE MOOR comes out in March and I can hardly wait.… Continue