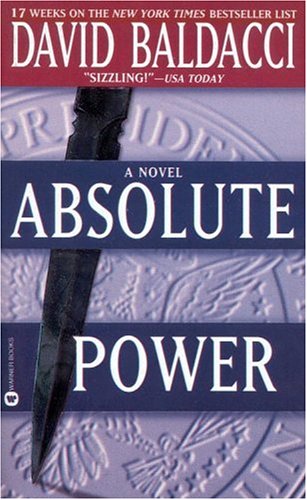 Luther hides in the closet and the lovers proceed with their interlude. The sex gets rough and when the man is unable to perform due to his alcholoic state, there is an argument and the woman grabs a knife and moves toward the man. Just then two men enter the room and see that the woman is about to harm the President and kill her.

The Secret Service sanatize the room but overlook the knife. Luther knows that the President's prints are on the knife and takes it and escapes.

The Secret Service rush back to the room to get the knife but realize it's been taken.

Baldacci shows that the Secret Service tries to cover their tracks while Luther sets something in motion that will uncover the President's hand in the killing.

An excellent read where characters collide as some try to unearth the truth and others to hide it.