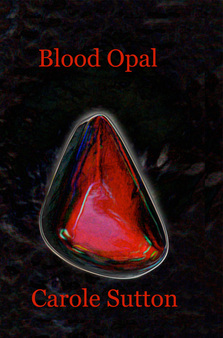 Reared in the county of Devon in England, my earliest memory is of the Exeter blitz in 1942. I married an Exeter man in 1960, and we reared our three children in Cornwall. We built our own sailing boats and sailed the English Channel visiting many ports on the French coast on our holidays. We moved to the warmer climes of Perth in Western Australia in 1981, and took up a small retail business.

Ten years later, on retirement, I had time to indulge in my personal pursuit, writing.
My real passion became crime fiction. My first novel ‘Ferryman’ was short-listed for the Dundee International Book Prize 2007. Published by YouWriteOn.com it is enjoying excellent reviews. My second crime fiction novel, ‘And the Devil Laughed,’ published by New Generation publishing was short listed for the Genre Fiction Award by New Holland Publishers 2007. My third novel, Blood Opal, was released October 2010. I am currently working on novel #4

A detective with a conscience, a woman’s betrayal and a powerful businessman with a sinister secret are some of the intriguing characters in Carole Sutton’s debut thriller set around the Fal Estuary in Cornwall in the 1970s. Angela Dupont is missing. Despite the absence of a body, blood smears inside Steven Pengelly’s boat convince Detective Inspector Alec Grimstone that he has apprehended her murderer. But when Angela’s fresh body washes up two years later, Alec is shocked to discover he has convicted the wrong man and the killer is still out there. Steven, Pengelly, released from jail, is determined to find the truth. He teams up with Veryan, a woman searching for her missing sister. Alec and Steven’s separate investigations take different routes. When they arrive at the same destination, circumstances force old enemies to work together to solve the mystery as another vibrant young woman goes missing. (Ferryman was short-listed for Dundee International Book Prize 2007)

And The Devil Laughed

HANNAH FORD, an under-cover cop, takes a surveillance job in Draper's Wharf. The small town on the banks of the Parramatta River in Australia has links to the drug trade, so the latest whisper goes. Her brief: to observe, report, and locate its source. When she arrives, the town is in shock after the rape and murder of its local barmaid. Hannah, a rape victim, could pull out, but she needs this job to prove her competence to return to the streets and full duties.Threaded through the main story, is Hannah's own account of guilt and rage born of her husband's death, her rape and degradation that followed. In working to find the source of drugs in Draper's Wharf, the line between her case and the murder enquiry is fading fast. Can she hack it, or is her worst nightmare about to be re-enacted, as she becomes their next target. (Short listed for the Genre Fiction Award by New Holland Publisher 2007)

Those who harm it - die, goes the legend of the rare and beautiful Blood Opal. But Pug Germaine believes her husband's brutal murder has more to do with the slaughtered woman in his arms than the curse of any stone. When, one of the robbers double-crosses the others, they all lose their prize. The villains suspect Pug knows the opal's whereabouts. Pug leaves death and bankruptcy behind, takes her dog, and sails away in her only remaining possession, her boat. But she sails straight into trouble as she becomes aware of more than one stalker watching her every move. With the body count growing, can DI Ed Buchanan and Sergeant Kathryn Sinclair nail the real villains before Pug becomes the Blood Opal's next victim?