Five internationally acclaimed best selling crime authors are booked to appear at this year’s CSI Portsmouth in November as part of Portsmouth BookFest.

Stephen Booth is an award winning UK crime writer, the creator of DC Ben Cooper and DS Diane Fry, who have appeared in twelve novels set in the Peak District.  He has been twice winner of a Barry Award for Best British Crime Novel. The Cooper & Fry series is published all around the world, and has been translated into fifteen languages. The latest Cooper & Fry novel, Dead and Buried, was published in June 2012. 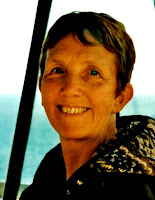 Ann Cleeves is the author of the Vera series of crime novels which have been adapted into the popular ITV series starring Brenda Blethyn and David Leon. Raven Black, the first volume of her Shetland Quartet has been adapted for radio in Germany and in the UK and an adaptation of Red Bones is currently in preparation for television. Her books have been translated into twenty languages. 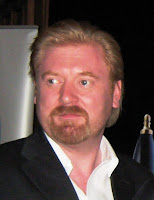 Roger Ellory’s fifth novel, A Quiet Belief In Angels won the Livre De Poche Award, Strand Magazine Novel 2010, Mystery Booksellers USA Award, and the Nouvel Observateur Prize. A Quiet Vendetta won the Quebec Laureat and the Villeneuve Readers’ Prize.  A Simple Act of Violence won the UK Crime Novel of the Year.  Nominated for a further seven awards, his books have been translated into twenty-four languages.

Matt Hilton, secured a record-breaking five book deal for his Joe Hunter series in 2008. Since then he has had a five book deal in the USA, a further four book deal in the UK, as well as being translated into several languages.  A high ranking Martial Artist he worked in the private security industry for eighteen years, followed by four as a police officer with Cumbria Constabulary. His latest Joe Hunter thriller, No Going Back,has just been published.

Pauline Rowson is the award winning author of the marine mystery crime novels featuring DI Andy Horton set in the Solent area, Portsmouth and the Isle of Wight. Her crime novels have been highly acclaimed both in the UK and the USA and have been translated into several languages with translation rights in the DI Horton series having recently been sold to China where her novels will be published in 2012 and 2013.

They will join crime experts from Hampshire Constabulary including Crime Scene Manager Carolyn Lovell, DC Terry Fitzjohn of Hampshire Police Arson Task Force and Andy Earl of Hampshire Fire and Rescue Services, Dr Bran Nicol of Portsmouth University and other police and forensic experts.
There will be a chance for delegates to see how the fingerprinting bureau works and have their fingerprints taken, as well as talk to the crime authors to find out how they come up with their intricate plots and research their novels.
A mobile bookshop, provided by the Hayling Island Bookshop will be selling signed copies of the authors’ books.
Portsmouth BookFest is a festival of popular literature organised by The Hayling Island Bookshop and Portsmouth City Council and runs from October 22 2012 to 3 November. Its aim is to promote reading for pleasure and enthusiasm for literature in the city of Portsmouth.
CSI Portsmouth 2012 is being held on Saturday 3 November at John Pounds Community Centre. Tickets go on sale on 24 September from the Box Office at 023 9268 8037 and cost £10 for the day with £3.00 redeemable against the purchase of a book bought at the event, and £1.00 discount for Portsmouth City Library members.
See CSI Portsmouth Page for Programme Details  or
visit http://www.rowmark.co.uk/csi_portsmouth_2012.php
To go on the mailing list visit www.portsmouthbookfest.co.uk.
Sponsors include: