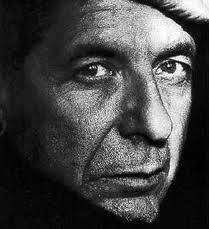 The crime novel tradition seems to have little connection to love. Maybe sometimes love in a perverse sense is the spur to the murder at the heart of most crime novels – the spurned husband killing his wife, for example. But usually the detective is a loveless loner, pining without much hope like the great Marlowe for his true love to come along.
As I write more novels, I’ve noticed that love is at the heart of crime fiction. At least, mine, anyway.
Leonard Cohen sings that “love’s the only engine of survival.” It’s a good way to look at the crime novel. Rather than being a race to unravel the murder puzzle and nab the killer, I view the crime novel as the detective’s journey toward understanding about himself. And understanding, in my experience, comes only with the unfolding of love. You can finger the killer and take away the danger he poses, but unless your detective learns about love, emotionally he won’t survive the trauma of his closeness to death.
It may seem that I ought to have figured this out before now – I’m close to completion of the manuscript of my sixth novel, after all. But society hides the centrality of love behind strictures of finance and duty and work, and the format of the crime novel often plays the same role. So it’s only now, 400,000 words down the line, that it’s clear to me.
I started out thinking of crime novels as marked by plot – a murder, an investigation, a discovery of the bad guy – alongside a deeper emotional characterization of the hero and as many of the other characters as I could manage.
Then as my novels went on, I noticed the importance of relationships between the characters. I realized that it was these relationship which gave the novel structure and meaning, rather than the Three Act concept (dilemma, discovery, resolution) of most writing texts. The Three Acts were the superstructure, if you like, but no more.
Read the rest of this post on my blog The Man of Twists and Turns.

Comment by I. J. Parker on October 15, 2010 at 6:06am
Well, I'm not sure that buyers care. Too many books become bestsellers without having any depth of characterization at all. In fact, those readers often object to "relationship" focus in crime novels. They want action and gore.

Comment by Matt Rees on October 15, 2010 at 3:30am
The crime novels that fail -- and which used to give the genre a bad name -- are the cardboard ones, entirely because love doesn't feature in any real sense.

Comment by I. J. Parker on October 15, 2010 at 1:31am
Yes, indeed! And love in all its manifestations and effects on the characters is crucially important in making the characters fully-fleshed-out human beings instead of cardboard cutouts.