My wife asked me when I started writing. After some serious thought I answered that I probably started in earnest sometime around 2004 but I’d been writing off and on since late 2001. Although September 11th wasn’t a source of inspiration for my urge to write I would have to admit that it provided a form of contextual background to it – especially when you consider the somewhat sketchy nature of al-Qaeda as it was being portrayed in the mass media at the time. It was like SPECTRA from the James Bond universe or COBRA from GI Joe had sprung out of the realm of fantasy and into the real world. Our real world – and it all seemed uncomfortable and frightening. Would anyone have been all that surprised if Osama Bin Laden had appeared on television that night and stated that he had a death ray positioned on the Moon that was aimed at the world’s capital cities and he was demanding one million dollars with his little pinkie pointing at his lip, ala Dr Evil? 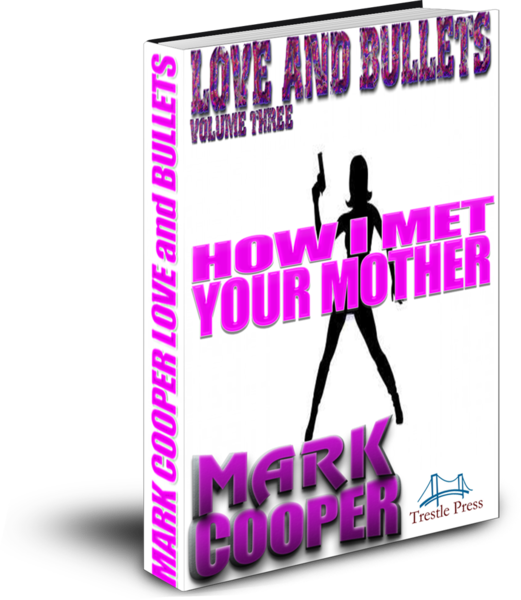 Fast forward to about 2004 and I found myself a member of a long since defunct Yahoo group where someone brought up the portrayal of spies in fiction. I recall that one particularly illuminating discussion revolved around the fact that the British Secret Service only actually pays its field operatives around £27,000 a year and that the burn out rate of operatives, particularly women, was extremely high. Also, the emotional complications that a life of deceit and subterfuge wrought upon agents were catastrophic with many of them developing addiction and trust issues later in life. Thus the genesis of “How I Met Your Mother” came to pass.

Originally the series was going to be called “Selina Summers, Agent of PATRIOT” but it was clear after the first two parts were complete that I’d veered away from my original intention and I’d simply created something more akin to a comic book character than a quasi-realistic espionage series. So it was mothballed until mid 2008 when I dusted it off and re-tooled it, resulting in the series as it currently stands. I’ll admit that I tend to write in a sort of hyper-realised sort of style and I lay the blame for that squarely on the shoulders of my comic-book reading past and present – I seem to think of things in terms of a nine-panel lay out and four piece story arcs.

Thanks Simon Furman – that’s all your fault.

“Blood” was a conscious effort to try something different – sort of like a detective story set against a backdrop of biological tampering. It actually came about from an article I read about the real-life condition called Porphyric` Haemophilia which gives it’s suffers the insatiable thirst for human blood. It struck me that something like this could have been the genesis of all those vampire stories you read about during the Middle Ages – in the same way that real-life lycanthropy influenced the concept of the Werewolf.

I’d also been reading about some medical experiments in Nazi concentration camps around that time too, so the fusion of the two ideas seemed to make sense. Who knows, maybe there’s a prequel to it somewhere around the title of “Nazi Werewolves of the SS” – although I still think that “Zombie Disco Diva’s From Hell” is a book that’s just screaming to be written by someone.

I work with a guy called Bob. Bob is a nice guy – I’ve worked with him for nearly 19 years. I know what car he drives, where he lives and what his favourite food at lunch is. However, I could count the number of conversations I’ve had with Bob on the fingers of two hands. You see our exchanges are generally limited to the pleasant, polite refrain of “Alright Bob/Alright Mark” as we pass each other in the office.

Bob represents the reality of life in an office these days – especially the more cubicle orientated structure of the late 90s and early 00s. Our interactions are ephemeral; our friendship is fleeting and restricted to a particular location – I’m sure if I knew Bob outside the office then we’d be friends but the fact of the matter remains that I don’t.

So, this leads me to an interesting conundrum – could I count on Bob in a time of crisis? When the world is falling apart would Bob have my back? Fortunately I’m not in the position whereby I need to find out – the closest thing to a disaster we ever experience is the weekly fire drill. However, the reality of the world of “Infection” is that people are forced into alliances with other survivors who they may not actually know and who often have conflicting goals.

So there you go – a brief summary of everything that Trestle Press have published so far. I guess that brings this little guest post to a close, except for me to sign off by saying one final thing…