ONE DAY THROW DOWN! SALE WITHIN A SALE-PAUL D. BRAZILL’S “BRIT GRIT TOO -MONDAY- AND MONDAY ONLY -$.99, PLUS THE BUY ONE GET ONE FREE IS STILL IN FORCE!! 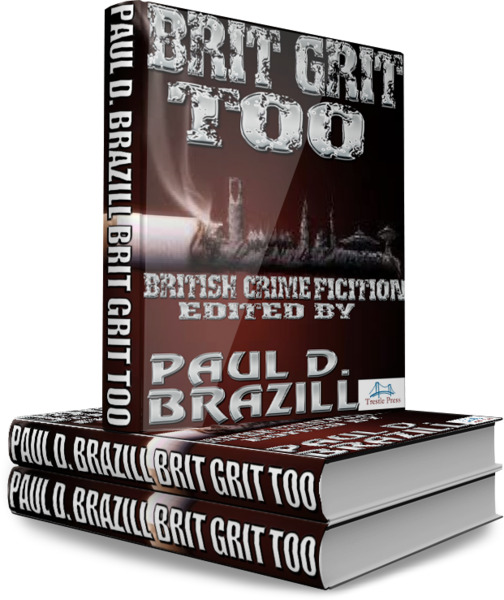 Amazon Kindle Best-Selling and trailblazing author Paul D. Brazill has decided to drop the price of his legendary “Brit Grit Too” to $.99 for one day, Monday, January 16, 2012. If you purchase “Brit Grit Too” Trestle Press will match that with any title up to the full purchase price of $4.99 as part of the BOGO sale.

Just email Paul D. Brazill or find him at his legendary blog- http://pdbrazill.blogspot.com/

Or email Trestle Press directly with your proof of purchase-trestlepress@gmail.com

This is what you will find contained within “Brit Grit Too”:

The BRIT GRIT mob is coming to kick down your door with hobnailed boots. Kitchen-sink noir; petty-thief-louts; lives of quiet desperation; sharp, blood-stained slices of life; booze-sodden brawls from the bottom of the barrel and comedy that’s as black as it’s bitter—this is BRIT GRIT

2. Looking For Jamie by Iain Rowan

3. Stones In Me Pocket by Nigel Bird

4. The Catch And The Fall by Luke Block

9. The Savage World Of Men by Richard Godwin

11. A Dirty Job by Sue Harding

12. Squaring The Circle by Nick Quantrill

13. The Best Days Of My Life by Steven Porter

15. The Wrong Place To Die by Nick Triplow

17. Meat Is Murder by Colin Graham

19. A Public Service by Col Bury

24. A Minimum Of Reason by Nick Boldock

26. A Speck Of Dust by David Barber

30. The Plebitarian by Danny Hogan

He is the creator of the  horror/noir series, Drunk on the Moon, published by Trestle Press.