Tide of Death and my thriller, In Cold Daylight, now published in China

Tide of Death, the first in the DI Andy Horton series of crime novels set in the Solent area of England, and my thriller, In Cold Daylight, have now been published in China. 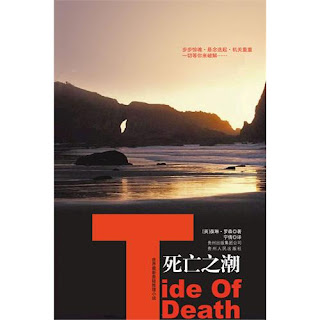 Tide of Death was first published in 2006 and hailed by Amazon in the UK as the Best of British Crime Fiction in that year.

In Tide of Death it is Horton’s second day back in Portsmouth CID after being suspended for eight months following a damaging accusation of misconduct while working undercover on an operation to expose a pornography smuggling ring. Whilst out running in the early morning he trips over the naked battered body of a man on the beach. PC Evans has been stabbed the night before, DCI Uckfield is up before a promotion board and Sergeant Cantelli is having trouble with his fifteen-year-old daughter. But Horton’s mind is on other things not least of which is trying to prove his innocence. Beset by personal problems and aided by Cantelli, Horton sets out to find a killer who will stop at nothing to cover his tracks. As he gets closer to the truth, and his personal investigations start to uncover dark secrets that someone would rather not have exposed, he risks not only his career but also his life…


Since then DI Andy Horton has gone from strength to strength with six more published in the series, the latest being Footsteps on the Shore, which is available in hardcover.

Number seven, A Killing Coast is to be published by Severn House in January 2012 I believe, and I am currently writing the eighth in the series. Many of the DI Horton crime novels are also available as e books, on Kindle, as unabridged audio books, and in Large Print (and in paperback) all bringing new readers to the series.

I wonder what the Chinese people make of DI Horton and his patch in Portsmouth CID on the south coast of England?  I hope they enjoy reading it and my stand alone thriller, In Cold Daylight, which has also recently been published in China. 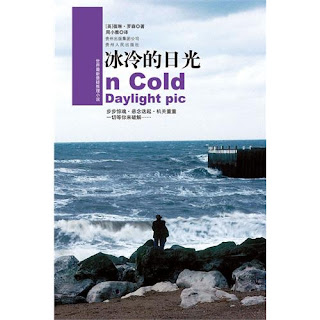 In Cold Daylight was voted the third most popular novel in a public poll by readers for World Book Day 2008.  I'm not sure if this is the final cover image of the Chinese version (above) but you'll no doubt get the gist.  If you read simplified Chinese then be sure to let me know what it says!

In Cold Daylight is loosely based on a true story. It is a fast-paced thriller about one man's quest to discover the truth behind the deaths of fire fighters.  When fire fighter Jack Bartholomew dies whilst trying to put out a fire in a derelict building, his closest friend, marine artist Adam Greene sets out to discover the truth behind his death and those of other fire fighters from the same watch. Soon Adam soon finds himself caught up in a mysterious and dangerous web of deceit. By exposing a secret that has lain dormant for years he is forced to face his own dark secrets, and as the facts reveal themselves the prospects for his survival look bleak. But for Adam it is too late to turn back; he has to get to the truth no matter what the cost, even if it means his life.


Hopefully China will buy the rights to more novels in the DI Horton crime series and my thrillers in the years to come.  Meanwhile I hope the Chinese people who buy the two that have been translated enjoy reading them.