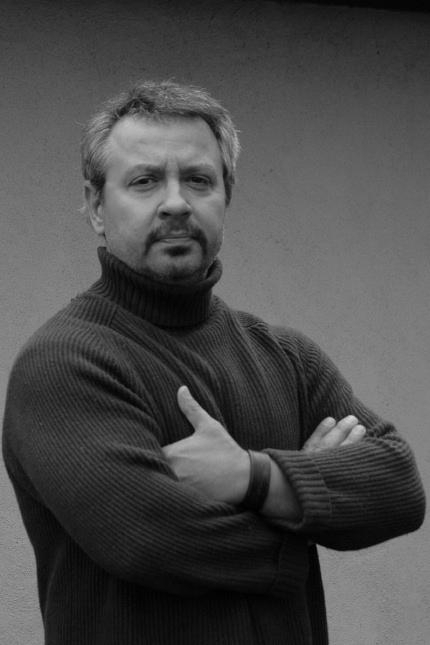 We interviewed Vincent to find out his secret to writing so many bestselling books.  Enjoy!

Thank you for this interview, Vincent.  Let’s go way back to before you were published.  How did the writing bug bite you?  Was it a little bite or a whopper of a bite?

Vincent: It hit me in my second year of high school when I was formally exposed to Hemingway, the man, the myth, and the major works. I wanted to emulate not only the writing but the writer. Later on in my twenties I would really get into the noir genre, especially Parker and Crumley, and I knew from that point on I wanted to write noir and hard-boiled mystery novels.

What intrigues you the most about the genre?

Vincent: The best noir and hard-boiled mystery novels are very much plot driven. Especially those novels that come wrapped in short, crisp chapters. That style tends to add tension and it nails reader’s attention, especially those who are easily distracted like myself. But in a much deeper way, I’m enthralled with the recurring theme of one man who is up against it all and must fight his way out of some desperate situation no matter what. Noir novels, especially mine, are often concerned with the search for the truth while having no choice but to do a whole lot of wrong in order to uncover it. What authors did you admire the most who might have encouraged you to keep on going?

Let’s talk about your latest book, The Innocent.  Can you tell us more about your lead character, Jack Marconi?  If you could base him on someone in real life, who might that be?

Vincent: The Innocent is essentially “Alfred Hitchcock Presents” for paranoid noir lit. It is based on a real character: Mr. David Harris who was New York State’s first black maximum security prison warden. I’d interviewed David many times before his death. When he revealed to me that he was wrongly placed under investigation after being accused of aiding and abetting a convicted cop killer, I came up with the basic premise for what was then called, As Catch Can (Now that my new publisher, StoneGate Ink has re-acquired the rights from Random House, the title has been changed back to its original, The Innocent). Jack Marconi is a widower, and one of those tenacious individuals who will go through the depths of hell just to get a glimpse of heaven. The three words that best describe him are this: “RUN, JACK, RUN!”

What are Jack’s biggest flaws?

Vincent: He drinks too much sometimes, smokes, has a tendency to get maudlin over the things and people he has lost in his life. He’s essentially a natural born loner who can’t stand being alone, if that makes any sense. Sometimes he can’t see beyond himself in that there are people, and one woman named Val in particular, who love him to death, yet he always finds himself getting in bed by himself every night. That is, when he isn’t on the run or fighting bad guys, which is most of the time.

What are his best qualities?

Vincent: Jack is obsessed with doing the right thing, even if it means breaking the law. He desires truth and all that is right, not in a moral religious sense, but in terms of humanity. A man is a man as perfect as God could make him, but he is also full of imperfections, and we have to accept that and live with it. But a man who has been cheated and wrongly accused is a man who deserves to set the record straight, and things can get pretty violent in the process.

When writing The Innocent, did you plan out the plot or just go with the flow?

Vincent: The Innocent was originally penned while I was in writing school at Vermont College back at the end of the ‘90s. In that academic sense, it was very much mapped out. It was my first real attempt at a big novel. My writing teacher at the time, Douglas Glover, told me to edit out several chapters for one reason or another I never really understood. As soon as I graduated with my MFA in Writing, I put the chapters back in and sold the book a few months later in a mid-six-figure deal to Delacorte Press. It went on to get reviews from The New York Post like “Sensational….Masterful…Brilliant,” and “The best crime novel to break out in print this season,” by The Boston Herald. So I’m glad I listened to my gut and put those chapters back in. You can ask me what I think about writing school and frustrated writing teachers in another interview!

What is your secret for writing so many bestselling books?

Vincent: I actually don’t have a secret, other than since I’ve been with StoneHouse Ink and StoneGate Ink, my numbers have shot up dramatically. And to set the record straight, my most recent novels, The Remains, The Innocent, a Special 2 in 1 Edition “Sweet Dreams/Remains” (“Sweet Dreams” by Aaron Patterson), and all of my digital shorts are Amazon Kindle Hard-Boiled Bestsellers, The Remains, having hit the Number 1 spot. I suspect that when Godchild, the sequel to The Innocent, is released in a few weeks, it too will be an Amazon hard-boiled mystery bestseller. I’ve hit many of the Amazon mystery-thriller bestseller lists, including Romantic-Suspense and Psychological Thriller, but I haven’t yet hit the New York Times or USA Today. So that will be the next hurdle.

What’s next for you, Vincent?

Vincent: Godchild, the second in the Jack Marconi series, will be released at the end of January by StoneGate Ink. StoneGate also plans on putting out a special combo “The Innocent/Godchild” edition for Kindle and E-Book only. Following that will be the release in both E-book and Trade Paper of The Concrete Pearl, staring my newest series character, Spike Harrison, female construction business owner and part-time amateur detective (the beautiful but brassy gal carries a framing hammer instead of a gun). After that, Richard “Dick” Moonlight of Moonlight Falls will make a return in what will be the second in the Moonlight series, Moonlight Rising. I’m also at work on the third Moonlight, Death by Moonlight. I’ve just signed with uber-agent Chip MacGregor so I look forward to some pretty big things in the near future, including film.

Thank you so much for this interview!  Do you have any final words you’d like to tell the folks at Crimespace?

Vincent: For more information on my books, digital shorts, and The Vincent Zandri Vox Blog, head on over to www.vincentzandri.com