SEX, DEATH & HONEY - BOOK 1 in THE MISADVENTURES OF BUTCH QUICK 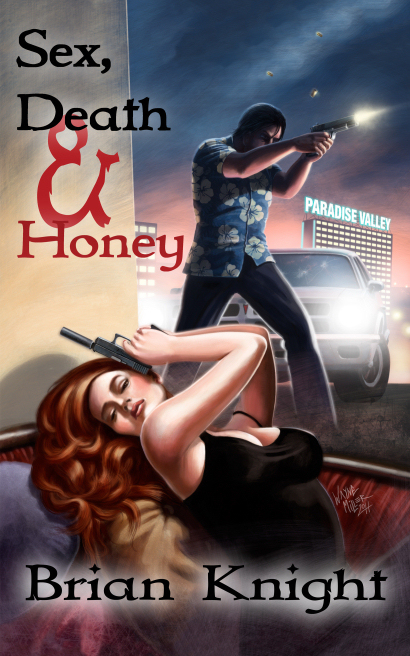 Meet Butch Quick, a seven-foot tall, 300-pound Native American with a face like a leather football helmet. Butch is a repo man, bounty hunter, and nightclub bouncer, among other things. Times are tough, but he’s getting by okay. Or he was until now. See, Butch is having a really bad night. When he repossesses a vintage 1968 Mustang from a neighborhood troublemaker, Butch uncovers a dark secret that tangles him up with a local drug kingpin, the DA’s office, a foul-mouthed bird, dirty sex, ugly death—and a dangerous girl named Honey.

Honey sat, half reclined against the plush red cushions of a narrow wicker futon. A small table beside her supported a dark lamp, a glass of something on the rocks.

The gun in her hand.

It was pointing at me.

“… but you have only thirty seconds to win me over, or I’m going to put a very large hole in you.”