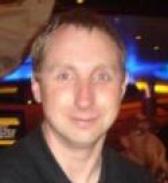 I noticed that today, my Kindle books were reduced in price overall (including USA) and I discovered that it's because VAT had been reduced on ebooks from 15% to 3% with Amazon using a European…Continue

About Me:
I am a deaf author, born in 1964, who has been living on the south coast of England for over 30 years. After many dormant years, my writing dream was revived when in mid 1998, ill health caused me to lose my job on medical grounds. It was diagnosed as Menieres. During the recovery period, I enrolled in two creative writing courses that led to writing qualifications and two books, one of which was 'Early Memory', my debut publication release.

Books And Authors I Like:
Michael Kimball, Michael Connelly, Nicholas Sparks and Frank Kippax to name a few.

Movies And TV Shows I Like:
TV: Castle, Supernatural, NCIS

Movies: Bladerunner, Somewhere In Time, The Notebook and Grease.

I'm quite a fan of Luc Besson's movies especially the thrillers that he had done early in his career with 'Nikita' and 'Leon'.  I felt that he had not surpassed them since then until now.

My attention was drawn to the movie 'Colombiana' as it had a similar plot line to my debut book Early Memory - a young girl's parents were murdered and she grew up to be an assassin out for revenge against their killers.  I rented it out on DVD and thankfully that's where the similarity…

Hi Mark, thank you for the invite.  All best wishes for 2012. Pauline.