It's already New Year's Eve in Australia, so I guess it is legal on this site to start tolling the bell. This year has rocketed by, making the previous 57 look like days on the beach, and hopefully 2008 will be even more eventful, although I really don't see how. Jan, 2007, I signed a contract for my first book. April, 2007, said book was published by a substandard small press, poorly and with almost nonexistent distribution BUT I sold the book in the Sisters in Crime Booth at the Los…

I seem to have been on a bit of a UK Author binge recently - but two new books.

My favorite reads from 2007

I dont know how others do it but by sticking with already established favorite authors and mixing in new ones(not to mention the odd blind grab) I had a successful reading year. In actuality
there were about 25 books or so that I read and really liked and what follows
is my unranked top 15. 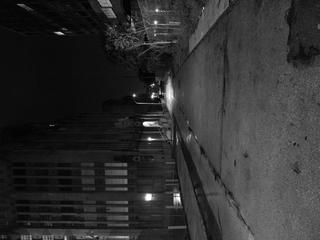 t everything. About me, Michael Abromowicz. The
Polock cop. Probably destined to be a cop having been named after the
Patron Saint of police officers, Michael the Archangel. My mother,
Helena (God rest her soul) wanted to name me after Saint Stanislas, the
famous Jesuit and patron of Poland. But my… Continue

As I mentioned earlier, I'm going to have a Saturday Spotlight for authors I've come to know and whose work I've come to enjoy along my recent journey as a newly published author.

Thanks to the Internet and assorted Yahoo groups, I feel like I've come to know Jenyfer pretty well in the last year even though she's an American currently living in Cairo, Egypt with her husband and two children. In addition to being a mother, domestic goddess, and author, she also quilts and drinks a lot…


My writer’s year kicked off Friday with an early morning book signing at the Borders store in Baltimore Washington International Airport. I must admit I was surprised that anyone was conscious at 6 am, but in fact for those three hours several people came up to talk, and to buy my…

The Crimes of Dr. Watson - review

The Crimes of Dr. Watson is an engaging and ultimately fun book to read.

When you see this book for the first time, you just want to admire it. This is a gorgeous book that has to be one of the best looking books…

Crimespace...it's a crime not to

Crimespace is the find of the year for me so far. I have tried many of the social networking sites such as Facebook, MySpace, Linkedin, and even Bebo, but have failed to target an audience of readers and writers of crime fiction as succinctly as Crimespace. For an author or reader of crime fiction its like finding this huge wealth of talent collected with a singular interest. As a relatively new…

I posted this list to the Rara-Avis e-mail list earlier today and thought I should repost it here:

The strongest novel I read during the last year was Richard Matheson's I AM LEGEND from 1954 that was translated in Finnish for the first time. It's hardboiled and it's noir and I really think everyone on this list should read it, even though it's also science fiction and horror. Forget the films.

Other noirish and hardboiledish novels I enjoyed during…

Yesterday I wrote about computers and how they make writing easier for everyone. At the same time, putting fingers to keyboard or pen to paper is never easy: it's hard to actually begin that novel, sustain that novel, and finish that novel.

When people hear I'm an author, they often say, "I've always wanted to write a book." Some have one started; some just have an idea. But somehow it never gets going. What is it that makes some people want, even need, to finish a project while…

A terrific change of style and pace for local author Lindy Cameron, Redback is her first thriller and it's an absolute ripper - definitely one of my best books for 2007 - for the full review please wander over to:

I managed to read a lot over Christmas - just didn't manage to post a lot of reviews so I'm doing a bit of a scramble catchup.

The Storm Prophet, Hector MacDonald - this is a UK author, but the book is set in Sydney, around the Sydney-Hobart Yacht race which sets off every Boxing Day - for more see http://www.austcrimefiction.org/node/3832

The Virtual Book Tour site offers something for anyone who
loves books. Readers have a chance to meet new authors. Authors get a chance to
create a profile page to promote their books. Authors can opt to be a feature
author and their work will be promoted on the site for a specific period of
time. (Feature author promotion begins at only $105 a month.) The site also
allows any person, author, business to promote their products or services on
the site -… Continue

Starting off the New Year right!

The Infinite Writer ezine (www.mysite.verizon.net/resockeb/e-zine) has selected my suspense novel CROSSHAIRS as it's Book of the Year! My thanks go out to Dahris Clair and the e-zine judges. The competition was impressive so I am very grateful for this honor. I am also grateful for the following comments that went with the award:

The hubby and I ventured into the city on this frigid, frigid night to see Young Frankenstein on Broadway. Frankly, I didn't think they'd be able to pull off turning the movie into a musical, but I was wrong. I absolutely loved this show! A particular surprise was Megan Mullally whose pipes nearly blew down the house. I'd heard her sing on Will and Grace, but… Continue

One of the Sisters In Crime lists I'm on spent the past week or so discussing one-word resolutions. There were some great ones: accept, persevere, achieve, finish, push, read. The list goes on.

New Years Resolutions and such

As I get older, I give a lot of thought to making promises...especially to myself. Those are the ones I tend to keep the least, rationalizing that there's always time to restart a project, get better in the fitness department, read more, write more, travel more, and on and on. While the rationalizing assuages my conscience for a time, the blunt bare truth is I get caught up in everyone else's promises and put my own so far back on the stove that most of them boil dry. No more.

Lots of us have given up making New Years' Resolutions. Not all of us, to be sure, given how crowded the gym tends to be at the New Year. I've been known to make resolutions--get rich, get famous, win the lottery etc.-- but I never followed through. In recent years the only one I really met was the "Fine Human Being" initiative. I vowed that at the end of every day, I would designate one person with whom I'd had contact that day--positive or…