Okay, maybe by the end of this, you'll be going, 'sure, he's a politician like all the others."

Well, maybe, I have been kissing some babies lately. Their heads are all fuzzy and soft, so it can get kind of addicting. I guess I can
understand why the politicians do it all the time.

But why don't they kiss old people, or people with body odor? Old people need
comfort and love ... stinky people need, um, well, they can be lovable,
too ... from…


Follow the link below to my review of the second Joe Blake "From the memoirs of Australia's top crime fighter. Complete and unexpurgated" and get your hands on these books - they are quick, perfect summer
reading and, well, hilarious.…

Fiction meets non-fiction - How did that happen?

After spending almost two decades delving into the lives of real life serial killers, I have just started my first work of fiction. Tentatively titled "The Chase", the book follows the life of 'Voodoo Guru' Kate Reilly, a young detective with a tragic past, and a dark heritage.

The book began as an (unfinished) short story competition entry many many years ago. I rediscovered it only recently when my big old clunky PC finally surrendered to the big scrap heap in the sky. I picked up…

I will be teaching a workshop on the Essentials of Mystery Writing sponsored by WritersOnlineWorkshops (presented by Writer's Digest).

Objective: This course will help you learn how to construct a compelling mystery plot, develop fascinating characters, plant clues, and keep your readers turning the pages, eager to find out what will happen next.

The workshop will consist of six one-week sessions.

SILENT COUNSEL vs. TO KILL A MOCKINGBIRD? I've gotta crow!

I never thought I'd be quoting Peter Pan, but in view of what I learned last night, I've gotta crow!

SILENT COUNSEL is now the No. 3 bestselling legal thriller on Amazon, behind only John Grisham's THE APPEAL, and Harper Lee's TO KILL A MOCKINGBIRD.

I want to thank each and every one of you that's helped make this possible....

Now here's some cool news. The folks at a web site called Simegen have gotten on the Toys for Tots bandwagon, supporting sales of the "Carols and Crimes, Gifts and Grifters" anthology put out by Wolfmont Publishing. None of the writers got paid for their contributions to this holiday collections and, despite the date, all profits from the sales still go to the Toys for Tots foundation. You can go to their web site - …

This seems to be a new cyber-form of the old chain letter, and, lucky me, I've been tagged by a writer buddy.Lorraine Bartlett

Here are the rules:

1. Link to the person that tagged you (that's you, Cathy) , and post the rules on your blog (presto, here they…

Who Do I Have to Thank?

An email from a friend brought to mind the number of people required to make a book out of an idea. My name goes on the cover, and you'll judge me to be successful or not on your own terms. You may never hear of the others who played a role in the final result.

Often authors thank family and friends in their acknowledgments, and that's certainly appropos. Whether they read for content and clarity, listen and share ideas, or just tolerate odd behavior, their contribution is immense. My…

Appeal Denied takes up the Cliff Hardy story as his appeal for return of his Private Investigator's licence is refused and Cliff finds himself job-less, money-less, with a broken down house and car, and a love life that's about to go pear shaped as well. Hard boiled, noir, Cliff Hardy is our very own PI with a beat on the mean streets of Sydney and the broken nose to go with it. For the full review:…

The New Year by Margot Justes

It is 2008. The New Year is upon us and just as quickly everything else settles into place. It is back to the proverbial grind. Work and more work, along with my paying job, I have a book release to get ready for…and believe it or not, it is not too early.…

Hey, everybody, please check out my new book video. Like many here, I'm essentially computer-illiterate, and therefore justifiably proud that I actually produced and posted this video trailer without help from my technically savvy kids.

Let me know what you think. Thanks.

How Many Times to Write It Right?

I just noticed that the blogs turn up on the main page right after having been written. While that surprised me, it is a wonderful thing, unless you are a constant re-writer such as myself. Following my nature, I changed a couple of words in my Dec. 31st blog, and it popped out of order. Chagrinned, I examined my last blog, Bookshine, changed the tense on the verbs in the first paragraph, and voila! Back in order. Also back on the front page. Since that isn't exactly fair, here is a new blog…

It's raining here in Southern California. Heavy rain here is even more destructive, and welcome, than snow is in Atlanta. When light rain begins it creates an oily surface on the streets that can spin a car out of its lane just as catastrophically as ice or snow does in the world of my former life. Rain in Georgia, even heavy rain, may flood the local river but it doesn't bring the hill sliding down on top of you as happens in the recently…

My granddaughter left today and I don't know when I will get to see her in the flesh again. Not knowing has always been tough for me, so my husband wrapped up a tiny note in several boxes as my Christmas gift that said--"go visit any time you want." Sweet, huh? But having her here, seeing her emerging personality, even though…

Have we started yet?

Well, here it is the first weekend of the New Year and already I'm having trouble keeping pace with my ambitious goals. But I'm not getting discouraged. I figure the sooner you fall behind, the more time you have to catch up.

How is everybody else doing with their writing/marketing goals?

Over Christmas I was fortunate enough to read local author, Michael White's first crime thriller - Equinox and it's really really good - set in current day and 1600's Oxford - please follow this link for the full review:

Because of everything that happened with Alliance for Children's Enrichment (ACE), I was contacted by a few of ACE's board members. One of them is Linda, the Executive Director of Community Welcome House, a shelter in Newnan, Georgia, for women and children who are victims of violence. I received this email from her.

I love the book. I have been reading it in between the business of the Christmas Season which is always tragic for women and children who are… 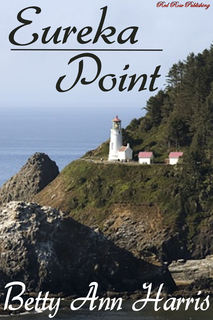