Hello faithful fans! I am going to be hosting a chat over on Gather.com tomorrow evening... at the NO WHINE, JUST CHAMPAGNE group. Our topic is one that all writers have and no one wants, WRITER'S BLOCK!

You just gotta surf over and stick your two cents in!
Chat: Gather.com
Time: March 27 at 8 central 9 eastern

Be All You Can Be

As we reach 4,000 dead and the 6th year of the war in Iraq, it’s no secret that the armed services are suffering from recruiting problems.

What isn’t widely publicized is that nearly 25,000 non-citizens are on active duty in the U.S. armed forces and many have died in Iraq, including Marine Lance Cpl. Jose Gutierrez, an illegal Guatemalan immigrant, who was killed in action on March 21, 2003.

Find Great Reading Under the Covers

I like to point you to good reads, or a source you can use to add them to your home library. One such source is a great blog called "Reading Under the Covers." The blog offers insightful commentary on writing and publishing from Bella Stander, a freelance writer who conducts book promotion workshops and is both a program organizer and moderator for the aforementioned Virginia Festival of the Book. In fact, she mentioned me and the panel… Continue Well, I forgot to post my final thoughts of LCC. So, for what they're worth, here they are. I arrived safely back home...eventually. My luggage however remained in Denver for a while. To add insult to injury, I had to pay a $50 excess baggage charge (so I bought some shoes and books - is it a hanging offence?!) and they couldn't even be bothered to put it on the plane with me?????????? And the claim I had to put in did not call it 'lost luggage'. Oh… Continue

When should you call yourself a writer?

It wasn't until I received my first pay cheque that I actually said: "Now I'm a real writer!" The cheque was for an article I had published on an American website a few years ago.

How wrong I was.

I have been paid for my writing quite a few times since then, not just for my novels but for articles in magazines too. Yet, I always was a writer -- even if I didn't call myself one.

The first person who put any value… Continue

Jonathan Kellerman's latest book is being released with ads that include graphics, hype and sizzle. Here's some news: yours won't be.

Authors learn early on that these days nobody promotes a book much except the author. To be fair, many publishers try. You get an announcement in the proper publications, but it's one among hundreds for that month. You get review copies sent out and maybe some follow-up, but nobody has the time to chat up reviewers and sell them on choosing a… Continue Honeymoon for Three has won the Readers Choice award for best Mountain West book. See the logo among my pictures.

In keeping with Easter (sort of)...

FOOL ON THE HILL -- a fast-paced, whimsical Tess Camillo mystery about a folk-rocker who gets crucified around Easter in San Diego-- is now available on Amazon.com, Barnes and Noble, Powell’s, and (hopefully) in bookstores near you! Its bright neon green cover should be easy to spot on the shelves. :) Cover-blurbed by Rita Mae Brown, FOOL ON THE HILL is the second book in the series.

I just read in a chat-group post that a certain author who became famous writing mysteries now insists that she not be categorized as a mystery writer. She purportedly claimed that mystery readers are stupid.

Wow. Talk about biting the hand that feeds you!

I've met readers who aren't the brightest bulbs in the box, of course, just as I've come across those who like nothing better than to show their (supposed) smarts by putting me in my place: pointing out mistakes, giving… Continue

I'm sure all of you have thought about volunteering for Sisters in Crime. I have a great opportunity for you to join in and improve Books in Print.

As most of you know, Sisters in Crime had a difficult time this year making the transition from collecting data by hand for Books in Print to collecting data on the web site. For 15 years one person, currently Vicki Cameron, collected the data, edited the data, answered 3,000 e-mail per edition and worked endless hours. In this day and… Continue

A Sequel is Born! 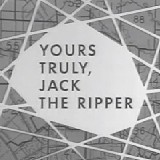 'A Study in Red- The Secret Journal of Jack the Ripper' is apparently selling rather well. I received an e-mail to this effect from my publisher last weeek, and when I told him I was intending to write a sequel, he immediately replied with an acceptance of the manuscript of the new novel for publication, even though it is as yet unwritten. What a wonderful thing to happen! I'm very flattered that the publisher thinks enough of my work to make me the… Continue

It's been a pretty pleasant couple of weeks from this writer's standpoint. First, I met with the Chantilly Writers Group at their regular meeting and took part in a lively discussion about getting published and marketing books once you are. The folks present were both receptive and enthusiastic. It was a great time and I think I made some new friends.

Then I had a very successful book signing at the Borders in Sterling, VA. I had all four of my mysteries present, and the readers in… Continue

I take an English class on Monday nights till 10. The professor often has us work together in groups. So far I've worked with two different girls and two different guys. This one guy asked me if we could exchange e-mail addresses incase one of us misses a class we could keep each other informed and up to date with what's going on in the class. I thought, sure, why not. This way if I ever do miss a class I hadn't planned on missing I could find out what I missed. WELL! I received this e-mail… Continue A lifelong dream to sell my first book was realized in June 2006—the first shaky step of a toddler—when I sold to Avon HarperCollins. But it’s taken almost two years to make my dream a reality.

On March 25, 2008, my debut book NO ONE HEARD HER SCREAM will be released and on bookshelves. And like an anxious parent, I must let my baby go to brave the world alone. It’s been a challenge—a bittersweet roller coaster ride with… Continue What's the Most Important Element?

As an educator, I used to teach the elements of writing: plot, chactacter, setting, theme, irony, style, and point of view. Recently I've been trying to decide which is most important to me as a reader. It's a useless exercise, since they obviously must blend and blend well to make an appealing book. But preference for a single element must explain the differences we experience as readers. Why do I fail to finish a book that a friend of mine claims is her favorite ever? Why do masses of people… Continue