Who was the Mona Lisa by Margot Justes

Suspense and mystique in the art world is alive and well, thanks to new details about the potential identity of the mysterious model, who famously became the Mona Lisa.

The dig is on-literally- to discover the identity of the Mona Lisa.  In Florence, Italian scientists will dig up the bones, using modern science methodology that hopefully will help identify the lady.

The mystery shrouding the identity of the small portrait,  has had scholars and writers…

Win a Signed Copy of BLACKOUT by Author Larry J.

Alexander Steele is a retired African American private detective turned night club owner living in Philadelphia. He hoped to put the detective life behind him and move on with his longtime girlfriend Shakia. When Alex's friend brings him an encrypted travel drive with…
Continue

Hello and welcome to the weekend! For me that means more work, but I am not complaining. Being busy is good right? As I am writing this, we are getting the Improvised Digital Short Story rolling and the first two authors are composing their pieces of the story. The three words they get to use are: Bartender, Library, and Dumpster. It should be interesting. Check in to the G-ZONE later today, around 2:30 to 3pm as I interview Robert Ford, author of Fall of Grace, from the World of Hek Series,…

Really I promise this will be my last post for a while. Sincerely,  at least until tomorrow. Here is the last thing I need to get out of my system before I call it a day posting. Next week I will only be posting on Self-Published authors and /or Independent Publishers, basically no one from the Big 6. To make my point, on Vincent Zandri’s  Vox ( if you do not read his blog I suggest you do, great stuff),  I was lucky enough to guest post on there Sunday, or was it Saturday, they all meld…

The Neighbour (Flash fiction) up on Thrillers Killers 'n Chillers

Col Bury and the good folks at TK'nC have bestowed upon me the honour of posting my short story, The Neighbour. It's a little different than my usual crime fiction musings but what can I say? I was reading Susie Moloney at the time. Plus they let me use my Canadian (UK?) spelling.

If you're curious, here's the link:…

In the previous post of the day I made mention of the fact that Vincent Zandri and I are going to be doing something along with a class of graduate students from West Virginia University. It seems that the class has been following our blogs and Zandri’s success in class and one of the students called in to my blogtalk show yesterday, Thursday, as Mr. Zandri was my guest. The young woman is a Facebook friend of mine and follower of our blogs, Katherine LaHart. She put the suggestion to us…

Around the Globe with TINA WHITTLE

Yeserday we had a day of rain, so today is cloudy and cool. Not only does my author for this week make me stand around waiting for her to get ready for her trip to be interviewed, she hadn't planned an iternary. Which means, she left it up to me to decide where we go.

So, I transport her to Washinghton, D.C., in the hope I might catch a glimpse of my parent who are vacationing in the area. Author Tina Whittle and I on the Capitol mall enjoying a nice stroll with cool drinks in… Continue

Far too many of the blogs here have nothing whatsoever to do with crime writing.  And of the rest, another 80% are merely used to sell books or post blogs by people who have no interest whatsoever in participating on CrimeSpace and who don't bother to answer comments.

This place has become a dumping ground for SPAM and that diminishes the site.

I would suggest we close the Blog section to anyone who isn't an active member on this site.

I wanted share one of my columns in today’s Las Vegas edition of Examiner.com with you. This one isn’t really about writing. It’s about rock and roll.

You see, 60s Rock is alive and well in Las Vegas. I was invited to review and enjoy “Echoes of the 60s” at the V2 Theater at Planet Hollywood in Las Vegas and took a step back in time.…

Digital short Saturday ( on Friday no Less) Cleveland W. Gibson Only The Best

Yes I know it is Friday but we have so much going on here I need to do a few things with the posts today. Each one of the following posts is going to contain important info into what I have going on here at Gelati’s Scoop and The G-ZONE, my Blogtalk radio show. First the immediate stuff: Siabello Giorello is my guest tonight on The G-ZONE @ 8.30pm EST. It should be fun, how could it not?  Next we have the next in our series of Improvised Digital short Stories scheduled for tomorrow and…

Reflections of a Baby Boomer

This is real life. Philip Dodd unwittingly became the UK's Public Enemy Number One. He tells his story over at "Fingerprints," the Web's first journal of crime flash non-fiction. Click here to read it. 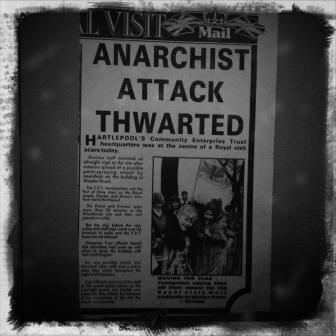 A Voice for her People: Susan Abulhawa’s Writing Life interview Susan Abulhawa is a unique voice in contemporary fiction. She’s a Palestinian, born in Kuwait to a refugee family. She spent some years in an orphanage in East Jerusalem, her ancestral city, before university education in the US and she now lives near Philadelphia. She’s the founder of a wonderful charity,…

Planning And Structuring A Crime Novel

I've started planning the next DI Andy Horton marine mystery crime novel, number eight in the series, which is set against the backdrop of the sea on the South Coast of England. How much planning is required when structuring a crime novel?

The answer to that question varies with the author.  Some crime writers spend a very long time at the planning stage, up to a…
Continue

The need for heroes in the genre called hardboiled/noir

Over on my blog today I talk about the need all of us have for a hero to be in our lives.  Whether we want one or not.  And especially so when we read  hardboiled/noir.

I just love digital short stories! They break up the week for me in such a fun way, definitely little bursts of energy that just make me smile as I read them in all kinds of fun ways: smartphone, laptop, Kindle, home computer, fish bowl. Okay just checking if you were reading or breezing by. Here is my Delicious Dozen of Digital short Stories, almost all are available for the measly price of $.99; you cannot go wrong! Now, drum roll please, or perhaps some AC/DC, maybe…

Wow, it is Thursday already and we are moving like a bullet train headed for a big day on Saturday. Our second Improvised Digital short Story will be happening then and I am totally amped at the prospect of working with a fine group of authors on this next project. We will start at 8am on Saturday and hopefully be done everything by 3pm.I am giving each author a time limit of 1.5 hours to put together their 1,000 to 1500 words of the story. Basically within a nice 8 hour time span…

About a year ago I opened up the first page of the novel I just started reading and it said:

And whoa nellie, I was hooked! And you want to know the interesting part? I had JUST read a how-to book that said never, never, ever, start a book with "IT". As a reader, I couldn't have disagreed more - I was completely wrapped up in this baby. Why was the baby thrown away, who's baby was it, where was it… Continue

Writers tricks of the trade: P is for Pacing - Part I - Speeding things up

The pace of a story is critical. It can keep the reader engaged or turn them off. Imagine pace as though you were driving a car. Part I deals with speeding things up.

Meditating the next novel 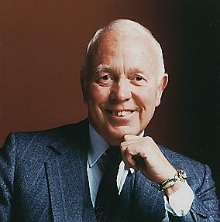 I’ve written here in the past about how I use meditation techniques to get into the zone for writing every day. But now meditation seems to have helped me come up with the idea for my next novel.
Last week I was in a rotten mood. My son woke up too early. I hadn’t slept well. The boy was whiny and tossing his Cocoa Crispies on the floor. The crema on my espresso was too…