The death of a young heroin dealer causes no great concern for NYPD Detective Frank Parrish - Danny Lange is just another casualty of the drug war. But when Danny's teenage sister winds up dead, questions are raised that have no clear answers. Parrish, already under investigation by Internal Affairs for… Continue

Hi, everybody! I have put together my top 20 picks of novels for so far this year. Some of the novels are not from the Big 6 publishers and that should not be of any surprise to anyone that follows my blog. I try to find good stuff to read just about anywhere I can. As a side note to all of this, I will be posting my Delicious Dozen of Digital short Stories tomorrow, please look for it. The Self-Published list will be out later in the year as I accrue more posts. Remember, I actually took…

AN INTERVIEW WITH GARY PHILLIPS FOR NOIR GRAPHIC NOVEL FANS

Hey all you graphic novel noir fans -- today's L.A. Examiner.com Spotlight is on the amazing author Gary Phillips. His illustrations say it all. Check out: http://exm.nr/GaryPhillips

If you didn't hear my interview on Giovanni Gelati's The G-Zone blogtalk radio show, you can listen to it now.  Yeah, yeah . . . I know.  I sound like a Southern hick.  Big deal.

The week just keeps getting bigger and bigger. Today’s novel has a really cute cover but a really creepy and intense inside. Susan Whitfield has a winner here in Sin Creek. But wait, what else do we have going on here on The Scoop and the G-ZONE? Plenty! This weekend we have a ton of stuff going on. On Saturday: Our next Improvised Digital short Story with The Girls vs. The Guys. The teams are set and ready to go for the next Improvised Digital short Story. The Girls are: Bri…

It's one of the most important if not THE most important part of the novel - the opening. Daunting to say the least! I remember when I first created my list of potential literary agents that I wanted to query, it was stressful to read that if the query passed muster, a lot of agents wanted to look at the first chapter or two only.

It's hard not to overthink the beginning because it's the first impression, and it really matters.

That being said, here are some tips I have…

A thief goes into a confessional to search for a hidden treasure but instead finds a priest willing to hear his past sins.

I’m giving away my short story Absolution Withheld. It was originally published in the now defunct Amazon Short programs but now is yours to have. To get it, I won’t ask you to search for hidden pictures, or fill out a questionnaire, or buy any thing upfront. This time it’s a giveaway plain and simple.

Just email me at jhbogran at…

Death is stalking the southern South Island. And what role does the visiting Darling Brothers Circus have to play?

Sam Shephard is on the bottom rung of detective training in Dunedin, and her boss makes sure she knows it. She gets involved in her first homicide investigation there when a university… Continue

Drop in at the G-Zone and let's talk shop, baby.

Tomorrow (Wednesday) at 9 am EST, I'll be the guest on Giovanni Gelati's blogtalk rado show, the G-Zone.  We'll tak about books, writing, what goes on in the warpred mind of a noir writer.  And other goodies.  So tune in, dial up, and join the conversations!

Back Door The Backstory

The backstory by definition: events that happened prior to the start of the plot, essentially the history, the characters past. You know...once upon a time in a land far, far away...

Newbies tend to want to start with a ton of backstory about their protagonist thinking that a big info dump is necessary for the reader in order to understand everything. But what is important to understand is that readers are smart. And they don't need all that info in…

Alexander Steele is a retired African American private detective turned night club owner living in Philadelphia. He hoped to put the detective life behind him and move on with his longtime girlfriend Shakia. When one of Alex's friends brings him an encrypted travel drive with info on the blackout that was created three months before the recent Canadian blackout; Alex finds himself drawn into the…

Good Morning to everyone, especially Debra Lee! Today is her Birthday, and I thought it would be fun to run the guest post she sent today. I will be posting on here novel for Self-Published Sunday, look for it. Today though, find her, seek her out, and give her your heartfelt best wishes on her day. Debra Lee’s website and social media addresses are at the end of the post. Enjoy!

First, let me say thank you to Giovanni. I’m grateful for the opportunity to be here. My name’s Debra. I…

Last night I finished the final edits on the DI Andy Horton crime novel, number seven in the series, and pressed the send button. Yes, it's whizzed its way to my editor and will pop into his e mail this morning.

Looking back at my notes I see that it took me ten months to write.  I started it on 12 June 2010. I would like to have written it in nine months and my…
Continue

The Heart to the Rest of the World: the Writing Life with Tony Parsons 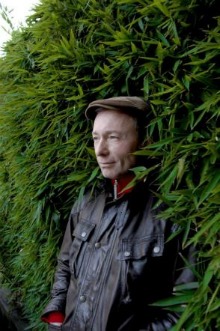 When you ask writers what underpins the greatest books, they may talk about structure, style, character-building. The best of them identify the novelist’s emotional understanding of himself and his ability to translate it to the page. That’s what strikes readers – perhaps without their even knowing it – and gives them an immediate connection to the work. At this, Tony Parsons is… Continue

Book Review: A Touch of Deceit by Gary Ponzo

Today I am spotlighting Gary Ponzo. His latest novel is called A Touch of Deceit, and it's doing well in the Kindle market. Really well. One of the reasons for this is that I believe his book offers something a little different than many others out there, and the fact that he incorporates his Sicilian background into the story also helps.

The novel opens well with the line, "There was a time when Nick Bracco would walk down Gold Street late at night and young vandals would…

I've certainly done my share of carping over authors' failings, both live and online. I am impatient with characters who act in ways real people never would, with plots that don't make complete sense at the end, and especially with killers who come out of nowhere in the last chapter. However, I don't pretend to be a critic. Like so many other people, I only know--and only want to talk about--what I like.

Just back from a fantastic gig in Kelso, reading to 70+ primary pupils at my old school, Edenside ... very interesting questions and enthusiastic kids, and, all interested in reading! Even the one who asked if I'd sooner be a footballer ...