Trapped ten feet up in the overlapping branches near a fork in a tree, Jemma Kitty struggled to free her hind legs. The wind swayed the branches, slipping her tighter into the tree’s grip. Her powerful hind legs weakened but she fought for freedom, tore out a claw, and kept trying. Her jammed back legs went to sleep and she yowled.
Doreen, John Michael and Mickey Hawkins drove up to their house in Triplett Valley near Boone, NC, and heard the baby-like cries. They followed the sound up the… Continue

Fran Stewart interviewed Maggie Bishop for an hour on her Mystery Matters radio show. Hope you have a chance to listen in and check out her other interviews.

Last week I made guest appearance on Future Radio, a Norwich based community station. The interview went well, with the questions centring on my debut novel, Justice For All, along with related topics such as what gave me the inspiration for the story, how I come up with my characters, what type of research I undertake, and how music influences my work. This was the first time I’ve been live on air, and I even got to pick a song at the start of the show – I went for ‘Stay Positive’ by The Hold… Continue

A Chat with Michael Stanley (aka Michael Sears and Stanley Trollip)

Any thoughts of a formal interview with Michael Sears and Stanley Trollip (aka Michael Stanley) rapidly disappeared when we were lucky enough to meet up with the collaborating South African duo on their flying promotional trip to Melbourne in mid May. For a start it simply wasn't necessary, and for a second, these are two crime writers who can really tell a story - on the page, and in person. Mind you, one can't help but imagine that a lot of social settings with these two head off in slightly… Continue

"So Deaf" is up at Powder Burn Flash 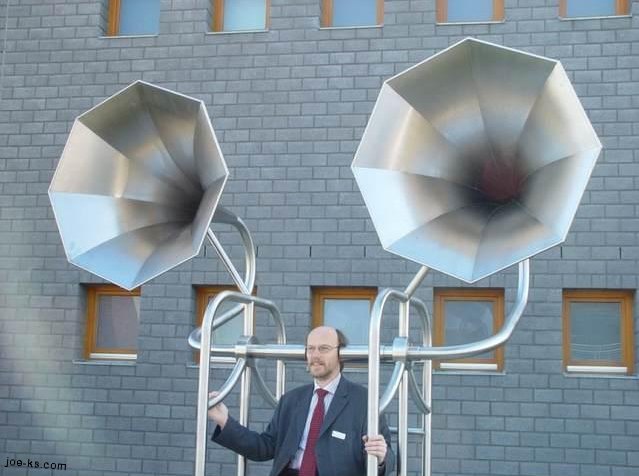 My first attempt at a police procedural, "So Deaf," is up at Powder Burn Flash.com. Please take a look.

Out of the Gutter

Iffen you get a minute, steer your bad self over to outoftheguttermagazine.com and check out my story, along with several other excellent contributions, to the Flash Fiction Offensive. Click "The FFO" link. Like, now.

MYTHICA PUBLISHING notified me that the release date on my mystery novel MEMOIRS OF BEAR: Nueces Means Nuts has moved from the Coming Soon! status to a real target date. Release of the ebook and print book are scheduled for release on the 15th of June, 2009. I am sure that it won't hit Amazon for a few days later, but that is just the way their stocking system works.

Needless to say I am excited. I have all the jitters, second thoughts and twitches that go along with the… Continue

The Ardent Suitor Who Refused to Take "No" For an Answer

I was interviewed by mystery author Jean Henry Mead on her web site, Mysterious People. She is an excellent interviewer who prompted me to reveal some new sides of my work. 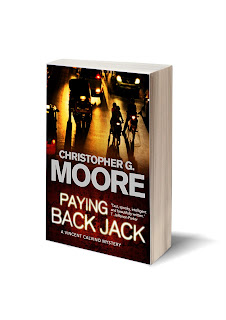 Christopher G. Moore was good enough to send me an advance copy of his 10th Vincent Calvino novel "Paying Back Jack" which will be out in October (December in the UK). I love the Calvino series for the way it leads the reader into the underbelly of Bangkok in the company of its Italian-Jewish New Yorker private eye. PBJ… Continue

Brodart picks up my series

Brodart, large print distributor to public libraries, has picked up my entire Roland Longville series and will be re-releasing them by the end of the summer. It's a huge market and I am awfully excited. This will, no doubt, engender lots of signings and hobnobbing. I can't wait.

When a child is very sick, most parents never hesitate to take the child to a doctor for treatment. But what if your 13-year-old Daniel Hauser, who is diagnosed with Hodgkin’s lymphoma, and your mother decides, based on her religious beliefs, that alternative medicines would be better than chemotherapy for treating your life threatening condition?

Fortunately for Daniel Hauser, a Minnesota judge saw the issue differently. He ruled that Daniel was "medically neglected" and… Continue

On Tuesday, the bibliographic information company Bowker released statistics showing that last year, for the first time, more books were released by on-demand publishers than by traditional ones.

Several years ago I wrote several short stories as a writing exercise: What would fairy tales be like if famous authors had written them? The exercise was a lot of fun, and help me to learn to read as a writer, looking for techniques, and listening for voice. Not all of the stories are crime related, but this one is.

Mother and Son, Wars and Recipes

War correspondent Matt McAllester fled into the fields of battle to escape an alcoholic, mentally ill mother. In his memoir, Bittersweet, he tries to make amends with her, in the kitchen. Read my interview with McAllester on The Daily Beast.

I’ve recorded a short promotional video for Russian Roulette, in which I personally explain my new novel. You can view it on this site or on YouTube

On Working and Spring

I Meant To Do My Work Today
by Richard LeGallienne

I meant to do my work today,
But a brown bird sang in the apple tree,
And a butterfly flitted across the field,
And all the leaves were calling me.
And the wind went sighing over the land,
Tossing the grasses to and fro,
And a rainbow held out its shining hand,
So what could I do but laugh and go?

That's how yesterday felt. As a result, I have a red neck, sunburned thighs, a… Continue

The Crime Critics web site posted a very nice review of Russian Roulette, the very first advance review published. Crime Critics is one of the best mystery review sites on the net, and I'm flattered that they plugged my new book so soon.

Hey, check out My Page in here

Finally figures out how to put music on my personal page (yeah, I'm slow). If you want to groove thru a mystery, try this little ditty.