An expanded, "Tough Guys: The homicide cases of Turner Hahn and Frank Morales."

I've expanded and added several more short stories the the collection featuring homicide detectives Turner Hahn and Frank Morales. I've also reduced the price. Thirteen stories now for only $2.50. You can find it at smashwords. Or just go to the site listed below.

I've just finished the ?nth revision of the new Inspector Andy Horton marine mystery crime novel - the sixth in the series to feature my flawed and rugged detective whose patch is the Solent area on the South Coast of England. My office looks like a bomb's hit it with notes and paper strewn all over the place, and I have e mails piling up in my in box needing answers, and…

What Good Is an Editor?

First, distance. An editor is (or should be) someone who is removed from emotional attachment to a work. The editor acts as an enlightened reader, reacting to what he/she sees and noting places where more, less, or better is needed. Editors are a bit like teachers, who work with a large number of "children" and therefore can better judge your "child's" suitability for society.

The Gaithersburg Book Festival was an excellent example of what happens when a community gets behind a project. There were lots of volunteers, great food concessions, and a well organized series of speakers in large festival tents. Add to that perfect weather in a lovely outdoor setting and you can see why I had a good time. Plus, my table was next to the tent that hosted two cooking demonstrations and a presentation on gourmet coffee complete with free samples. Oh, and I signed a few books for… Continue

PLEASE NOTE: This is not "crime" but gives a taste of my writing. Comments appreciated.
I hate the way my complexion looks in the harsh light bouncing off the bright white walls. I look really washed out and pasty. I know that my eyes aren't working properly as everything seems too bright and almost surreal. It's like a photograph with a vignette around the edges. It doesn't look right.

He said my eyes were dilated and unresponsive to light so that must be why.…
Continue

In the increasingly turbulent atmosphere of international environmentalism, the once peaceful grass roots climate change group – The Eden Movement - has been covertly taken over by the mysterious figure known only to his legion of radical followers as Prime.

At the same time, an increasing number of high… Continue

Ian Somerhalder, Where Art Thou?

“Steven,
Crossroads is an awesome book. I've really been enjoying it, but it is hard to sometimes find time…”…

I've loved Lee Falk's character The Phantom since I was a little kid reading him in the comic strips. I used to clip those strips and keep them in a scrapbook, so I could read them as a long comic story instead of in daily bites.

So when I was asked to contribute a Phantom short story to the just-released anthology The Phantom Chronicles, Volume 2, I jumped at the chance. To tell a little… Continue

entitled "It is purely my opinion" and can be found at http://booksaremagic.blogspot.com/. ;

Please stop by Suspense Your Disbelief today and see which publisher is responsible for the phoenix rising of Chris Grabenstein's Ceepak series...there was beer, candy, and more than a little laughter, too...

ALAN FURST AT SCENE OF THE CRIME

The “Prince” of Spies: Alan Furst and his Interwar Novels

Edits and Finishing Them, Sort of

The problem with being a writer is that you're never off duty. Ideas arise, phrases occur, characters appear, and they have to be captured before they fade in memory.

A subdivision of that is the editing process, which can stretch into infinity. I have a very nice editor who made some very helpful suggestions on a manuscript, and I've been working on them. So am I done? Did I do what she asked me to? Yeah. I mean, I think so. But when someone asks for more setting or more clues to… Continue

I was at Oxford University at the same time as Britain's new prime minister. But while I spent all my free time at a famous old pub opposite the historic Bodleian Library with a pint of Guinness in the company of some old Irish porters, I never saw David Cameron there. Which makes me doubt his suitability for office.
That's not because I think the prime minister should be overfond of alcohol (at Oxford, Cameron was a member of a very upper-crust private drinking…
Continue

Talk About the Disorganized Dysfunctional Writer

TO DO LIST time! To be honest because I am juggling so much, I’ve made errors, and recently I…

Taking Time Off From Actually Putting Hands on a keyboard

Do you ever write by "not writing"? in other words, do you ever stop typing, walk away from the keyboard, but still have the book going on in your head, scenes scrolling by on the movie screen in your mind....ideas percolating....? Anybody?

Just put a book review of DEATH WILL HELP YOU LEAVE HIM
By Elizabeth Zelvin on my blog. While the NoName Cafe is on hiatus I will be sharing some of our reviewer, Cindy Chow's, latest reviews on my blog-
http://mysteryratscloset.blogspot.com/
Lorie Ham 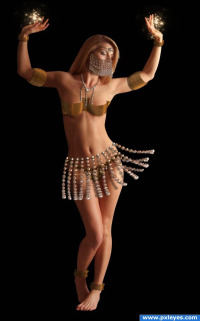 “Exotic” crime fiction has taken off in the last decade. People want to read about detectives in far-off places, even if they don’t want to wade through learned histories of those distant lands.
Many of the biggest selling novels of the last decade have been “exotic crime.” You’ll find a detective novel set almost everywhere in the world, from the “Number One Ladies Detective Agency” in Botswana through Camilleri’s Sicily to dour old Henning Mankell in…
Continue

new Made It Moment

Ken Kuhlken's detective series chronicles the transformation of California throughout the twentieth century. The sixth novel in the series, new this month, is actually something of a prequel.

Please stop by Suspense Your Disbelief and hear what he has to say about never writing 'the end'!

I'll spend Saturday at the first annual Gaithersburg Book Festival. From 10am to 6pm the Gaithersburg City Hall Grounds will be alive with readers and writers. The event will feature presentations, book sales, and book-signings from authors of both national and local acclaim, as well as workshops for aspiring writers and activities…