I have an unusually busy weekend coming up, but busy in a very good way with lots of chances to meet and greet readers in Maryland and Virginia.

It all starts tomorrow when go to meet travelers at the Baltimore Washington International Airport. The busy time is from 3 pm to 7 pm, and that’s when I’ll be there signing my novels. If you happen to be flying into or out of the area, look for me at the airport Borders store.

Saturday I’ll meet new friends at one of the… Continue

How Literary Are You?

As a reader, I love many types of "literary fiction," which is hard to define (but you know it when you see it). While the genius of some modern writers eludes me, I appreciate the casual brilliance of a Kurt Vonnegut and the simple elegance of a Margaret Atwood. But what about mysteries? How literary can they get, and is it even desireable in a genre-type work?

There are three levels of what I'll call literary-ness in genre fiction, at least according to my personal categorization.… Continue At the most recent writer’s conference I had lots of chances to chat with what one writer called “my fellow lunatics” about why we choose to use our precious time committing fiction. One author said that writing mysteries was the only way he knew to escape.

“You’re not really in a cell.”

“Sure I am,” he said. “At work. Nine to five. You know a cubicle is just a padded cell without a door.”

Have You Got That Thing in Your Head?

My worst one is songs. If there's even a vague reference in conversation or on TV to something that is (or reminds me of) a song lyric, the words play in my head for hours afterward, even if I hate, hate, HATE the song itself. Please don't mention low places or Garth Brooks (my least favorite) starts singing to me. And please don't say anything about roller skates, spirits, or flowers in your hair, because certain sixties songs just dominate when you do. I don't even have to hear it aloud. I'm… Continue

Today's my day to post over at Working Stiffs and I cover a range of topics from George Carlin, to local graffiti, to how we and our characters respond to the sound of gun shots. Hopefully I offer some food for thought. Come on over and check it out.

CR A Carrion Death by Michael Stanley
Set in Botswana and focussed on Detective Kubu .

Audio book
Cold in the Earth by Aline Templeton

How is it almost July?

I am looking down at my hands and they are looking old. When did that happen? And how can it almost be July? Work has been quiet so I am happily writing several hours a day. Which leads me to the next question - Why the hell am I not finished this first draft yet? Yes it is more polished and there are fewer glaring cliches and missed words than the last rough draft I wrote, and yes I have been working hard - but it is still unfinished. I should be happy that I am at that lovely point where I… Continue

The Hackman Blues by Ken Bruen-Bruen rocks! This early novel just hints at the great things to come from Ken Bruen. Not afraid of any subject matter. His dialogue rings in my heads long after I've put the book down. I need more!

Songs of Innocence by Richard Aleas. A Hard Case Crime novel. This new York P.I. has a week that goes from bad to dead. Don't look for a sequel.

The Murderers' Club is now available in the UK and Ireland. Check out the cover on my website:
http://www.pdmartin.com.au/news.asp?id=62

And if you're in that part of the world or know someone in the UK or Ireland, please let them know about the new book!

There is no better time than surrounding yourself with mystery authors in a warm, friendly setting. The Deadly Ink conference offered all of that in a hotel that could have been mistake for a medieval castle. It was also a chance for me to learn from my fellow crime writers. The most important things I learned in those three days were:

Even if you don't think your protagonist is autobiographical, if you look closely enough you see yourself in him or her.

A panel of six… Continue

When I was a kid we created all sorts of imaginary violence: cowboys and Indians, cops and robbers, heroes and villains. The #1 rule was Take Your Deads. If somebody killed you, you had to lie down. It wasn't fair to holler, "You missed me" or "It's just a flesh wound." (That was the BMP Era: Before Monty Python) But it seems to me that many people these days don't take their deads when it comes to education. When caught without the necessary skills, they say, "They missed me" or "They didn't… Continue

North On The Yellowhead -- Short Story by Donna Carrick

Hi, Folks! I've been reminiscing lately about the little town where I grew up, somewhere in Saskatchewan. The following short story is just that: a story. The people are figments of my imagination, and like "Dog River" in Corner Gas, the town in my tale is quite fictional. However, like most stories, this one springs quite naturally from my memories of this very special time and place. Hope you enjoy this story as…

So many writers have mentored me along my path to publication. I still have much room for improvement and a long way to go, but this past week I discovered something. I also have something to offer! Now it's my turn to guide and inspire beginning writers. 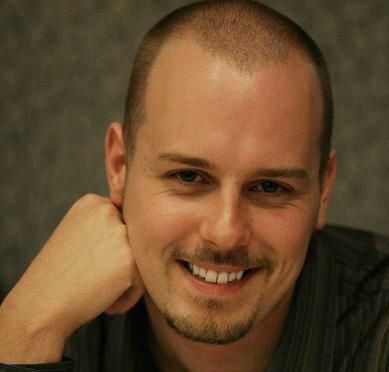 About a Writer's Confidence (R)