REVIEW of THE EXECUTION OF JUSTICE by MICHAEL PHELPS

REVEREND BENJAMIN POTTER,. a former English Teacher, Youth Minister, a Patsor and a Book Reviewer/Critic posted his Review of my novel on his BOOK 'EM BENJ - O Blog site on June 26, 2009, giving the novel THREE READING GLASSES out of Five.

"First of all, before you get all up in arms, it's not that guy. No, this Michael Phelps is a former Chief Investigator for a law firm in Coral Gables. He's also co-author (with Ellie Janssen) of David Janssen-My Fugitive.
Sometimes when you… Continue

The Death of Michael Jackson

Will we ever know the casue of his death? Was it a simple heart attack or something else? A fifty year old man in terrific shape who didn't drink or smoke. Sometimes the mysteries of real life dwarf that of our fictional tomes. In any case, we of the Generation X have lost an Icon. I remember the girls in my high school with the Thriller posters in their lockers. Its sad. . .

The last few weeks I've been using Craigslist.com to promote my books. I took up a suggestion to give it a try, not expecting much one way or the other. But it's free. And it has the advantage of targeting specific cities around the world and across the US. And did I mention it was free?

It works. Every time I use it books sales on Barnes&Noble go up. So what if it's from one book a month to maybe two books a month? The evidence suggests it goes up. Since I don't have a publisher… Continue

The recent Authors Guild settlement of $250 million against Google for copyrighted materials scanned off out of print library books is just the start of Google's encroachment on author's legal rights. Under their Partnership Programs with a good number of presses they are entitled to print 20% of an author's book, ostensibly for promotional reasons. In fact, Google has in fact displayed entire books on line, in clear violation not only of the Partnership Program but the author's copyright as… Continue

The Voice of Anton Bouchard Receives Another 5 Star Review

It's great to be able to report that 'The Voice of Anton Bouchard' has just received its second 5 star review at the site of Amazon.com. This is what the reader had to say:

5.0 out of 5 stars Very Clever., June 26, 2009
By Ralph R. Deluca Jr. (USA) - See all my reviews
(REAL NAME)
The Voice of Anton Bouchard is a book of short, well written, and entertaining storys. I blew through the book in one short afternoon. The storys contain horror, brotherly love,… Continue

Meet Me This Weekend in VA

This weekend I’ll visit my two home stores. Today I sign my novels at the Borders Express in Springfield Mall, Springfield VA, from 11 am to 4 pm.

Tomorrow I roll over to the Borders Express in Dulles Town Center Mall. I’ll hang out there from noon to 4 pm so if you miss me in Springfield, stop by and say hi. If you haven’t been there, Mapquest to 21100 Dulles Town Circle, Dulles VA. Borders Express has become the neighborhood bookstore in both these locations and the best place to… Continue

When poets do the talking 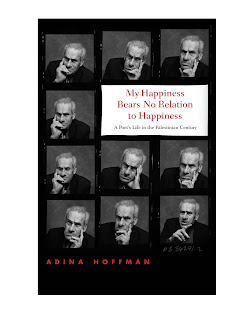 JERUSALEM — Whenever Palestinian and Israeli artists get together for public “dialogues,” it always seems to end with the Israelis saying, “We’re sorry,” and… Continue

The shade of an old oak tree
Grows larger,
Foreshadowing that of danger

Anger brings on
The hunger of
Death fire and brimstone

Caught in the crosshairs
Of foul play,
One digs his own grave


Searching the waves for another heartbeat,
not really knowing how I feel or
what I’m looking for?

Seeing tears flow down from your cheeks
falling into receding waves.

The sun rise of another’s heart
shines through broken clouds,
seeing a storm of two souls embrace each other,

My hearts an open sea

Full moons rising upon the horizon of… Continue

The Sea is Her Companion

The Sea is Her Companion

Emptiness closing the shutters to my soul
Trying to find that place where I belong
I’ve faced the pain of trial and error,
Not knowing where this heart of mine belongs

The gracefulness of your beauty
What my eyes observe my soul yearns for
Thriving by the minute, day by day,
Landscaping the irises of my eyes

THE CONVICT'S SWORD was reviewed by Kirkus a day or so ago. Now, Kirkus has a reputation for grumpy reviews and a certain amount of snootiness, so I'm not too disappointed -- even if the reviewer misread Seimei's character. Subtlety doesn't always work. :) Here it is:

This coming weekend will see me at my home stores. Tomorrow I’ll sign my novels at the Borders Express in Springfield Mall from 11 am to 4 pm. I know Dan has laid in a good supply of Russian Roulette for my neighbors who want to complete their Hannibal Jones collections. Map to 6725 Springfield Mall, Springfield, VA.

I was recently honoured and blessed to be given the opportunity to interview someone I respect highly, who has inspired and taught me a lot about myself and about writing.

I hope that by sharing it with you, you will gain some of his wisdom. I am sure he will inspire all writers regardless of which genre you specialise in.

Is the heat getting to me?

I'm taking a break of a couple of weeks between drafts of my latest novel. To clear my head and to allow my body to accustom itself to a step up in desert heat here in Jerusalem (it's hard to concentrate the first day the temperature hits 35 degrees, particularly when you write standing up as I do). So it's good to have reminders of how my novels are establishing themselves on the international thriller and mystery scene.…
Continue

The most obscure band in Jerusalem

A fivesome (formerly a sixsome, sometimes foursome) of folk rock and rock standards, featuring yours truly on bass.

Other writers are notable for… Continue

This week’s been a relatively quiet one for me. Book 5 in the Sophie Anderson series, KISS OF DEATH, is currently with my Aussie publishers, Pan Macmillan. It feels a little like Sophie is away visiting – but she’ll be home soon. In fact, I’ll be getting the editorial report next Friday 3 July.

It’s always a nerve-wracking time for an author, and that first week is especially tense. Will the publisher/editor like the book? Will they identify many problems? Luckily I heard back from… Continue

Just a short note to let you know that MOB:NMN is finally available at Amazon.com. I've been working on getting it off the shelf and into some hands all day and I'm pooped... If you pick up a copy, enjoy. I'm hitting the sack.
Tom

They're Talking to Me Again--the Voices

"You're overworking me!" Character M claims, and I have to admit, she's right.

At the beginning of a project I often have in mind too much "stuff" for a character to bear. Once I'm a way into the story, that character is liable to rear up and berate me. For my own good, of course.

Typically what happens is that I come to a place where it feels wrong. It just isn't going as it should, where it should. If it's possible, I take a walk at that point, because that's where my… Continue

Legacy of the Ripper Released

I'm delighted to announce that 'Legacy of the Ripper', the sequel to A Study in Red - The Secret Journal of Jack the Ripper was today released in its e-book edition by Double Dragon Publishing and is available from http://www.double-dragon-ebooks.com/single.php?ISBN=1-55404-689-0 The paperback edition will follow soon.