Agent: Exclusives with an Agent are a Bad Thing

According to Janet Reid, an agent with FinePrint Literary Management, "Exclusives aren't a good business practice." Click here to read why on her blog.

Just wanted to let those interested know that while I will be on the site for discussions and what have you, I most likely will only rarely update this blog. I have a blog via wordpress (http://thewriter.wordpress.com) which I now utilize exclusively for all my blogging. So, please check it out if you want to read any musings or what have you. Thanks!

I just posted a blog at my main blog site on how to work the internet. Check it out!

I recently spent some time in a small country cemetery staring at graves with my name on them. Until I saw it written in stone, I held fast to the assumption that ours was a rare and unique clan. Turns out we’re as common as table salt, if you know where to look.

In a small churchyard, in the bluff country above Winona, Minnesota sit smooth red granite monoliths side-by-side with ancient white obelisks and rough-cut black marble markers. Each as unique as the person buried below, but… Continue

August started nicely with the book signing for Russian Roulette at Borders in Woodbridge VA. It was a short event for me, but for the right reason. In the time it took me to enjoy one large cup of white chocolate mocha coffee we sold out of books! 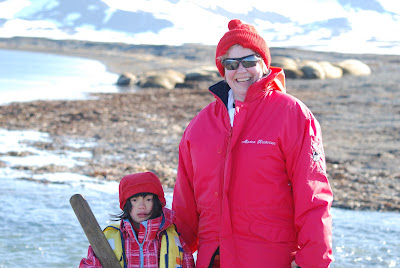 On a recent trip to Oslo, I lunched with my publisher there Hakan Haket and an astonishingly fascinating local crime writer named Monica Kristensen. Extraordinarily charismatic, she has a trove of stories unlike anything one tends to come across in typical… Continue

Where Tom Piccirilli sweats the truth out of me regarding Pariah (out this October!)

Thriller/horror writer Tom Piccirilli interrogates me over at The Big Adios.

And while you're there check out some of Tom's other interrogations with top crime writers like Ed Gorman, Charlie Huston, Megan Abbott, Lawrence Block, and many others.

And while Pariah isn't out in the US until October, you can find an… Continue

Two years have passed since top cop Paul Harrigan walked away from the New South Wales Police Force to be his own man. Since then his life has been a gift, and his home with his partner Agent Grace Riordan and their daughter a sanctuary. (Also posted in One Bite at a Time.)

Swag, Elmore Leonard - John McFetridge cites this book almost as often as Toronto is colder than Miami. Since John is mistaken about such things even less frequently than that, I finally got around to reading it, and he's right again. Classic Leonard, with two criminals who aren't as smart as they think they are. The dialog is spot on, and the story is a little more tightly plotted… Continue

Today sees the official publication of the unabridged audio book version of The Suffocating Sea, the third in the Inspector Horton Marine Mystery series of crime novels set in the Solent area of the UK. It is also the publication date of three new marketing and sales books written by me.

The Chase.doc
Here is another story for you to read. 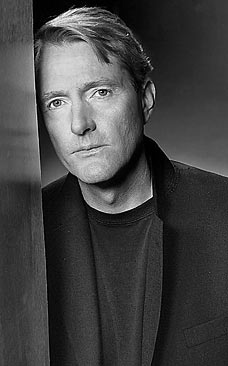 Rejection Letter Blues & A Request For Some Advice...

Got another rejection letter today, but at least this agent appears to have actually read the materials that were sent, which says something. That makes about five out of the dozen that I've applied to over the last few weeks, the rest haven't answered yet, and most of them probably won't if they feel the same lack of enthusiasm as the last agent had.

It does raise a question. Should I mention that the novel was recommended twice by editors at a major genre publishing company only to… Continue

For those who don't know: this is a program run by Amazon that provides reader reviews of new books by a group of people who have established a certain track record as reviewers. They receive ARCs of new books and respond with their take on the novel.

I discovered the Amazon Vine project recently and thought it an excellent way to jump-start preorders on Amazon. My publisher provided the Arcs, and in the month before release, these good folks read and commented.

For me the… Continue

With US diplomats roaming the streets of Jerusalem, it's like the intifada never happened.
By Matt Beynon Rees - GlobalPost

American diplomats mobbed the streets of Jerusalem this week. Even Iran point man Dennis Ross, whose sad-sack demeanor was a frequent feature of the Oslo peace… Continue