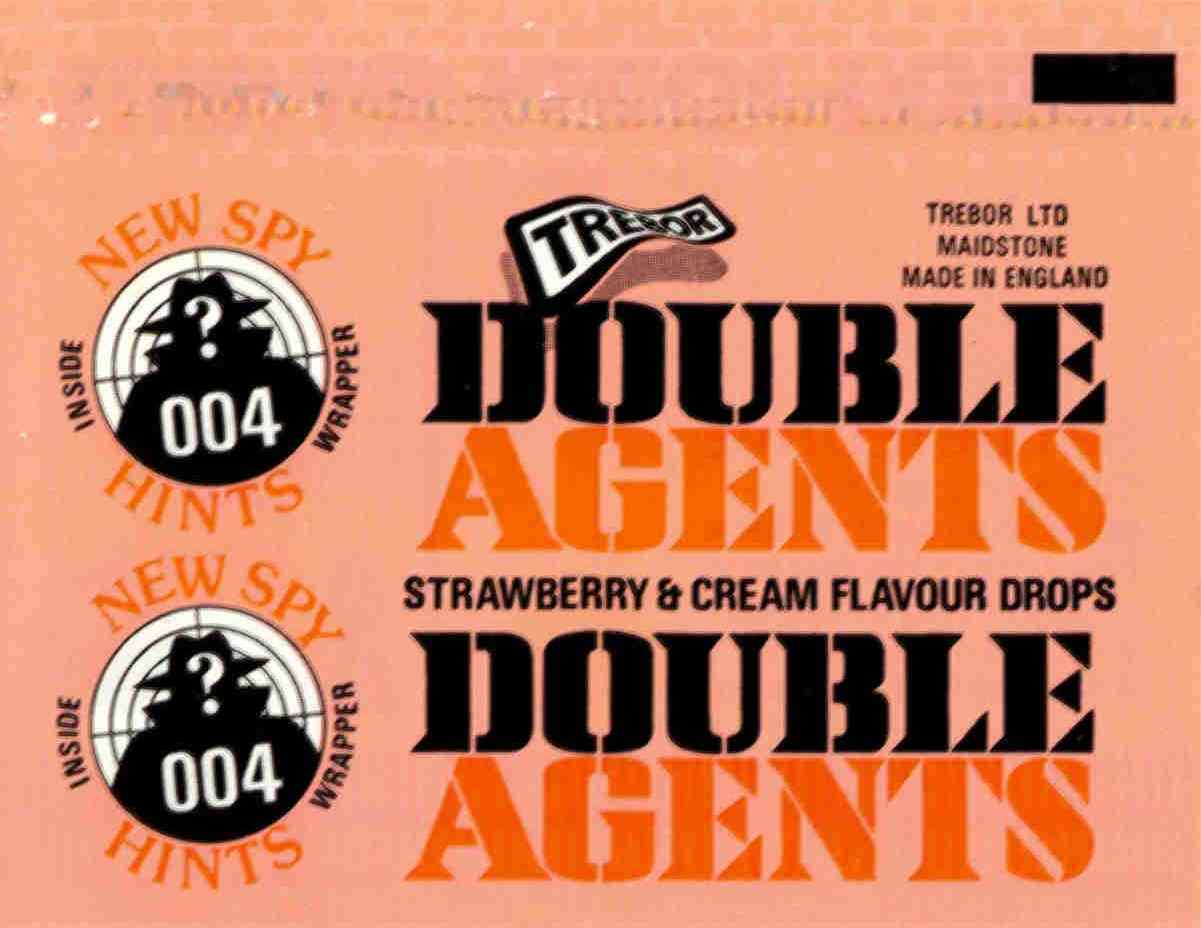 For about the last ten years I've been trying to convince everyone and anyone that there used to be sweets called Double Agents ... no-one believed me. So suck on this ... PROOF!

With a Heavy Heart

I'm sad to announce that the five books which were due to be published this year by Steel Waves Publishing will not be appearing as planned. Due to unforeseen circumstances, Steel Waves have been unable to produce the books as per their schedule and have agreed to release me from my contract with them. This of course is an honorable thing to do but of course I must now begin the task of attempting to find other ways of getting the books before the public.

I thank everyone at Steel… Continue

An innovative and exciting new web site recently contacted me regarding an interview. http://www.completelynovel.com/ is a free web application for everyone who loves books - writers, readers, publishers, agents, printers. In fact anyone in the books business. The interview is posted on the community page of the CompletelyNovel website - http://www.completelynovel.com/community. You will need to… Continue

I met Chuck during my last visit to Borders Express at the Dulles Expo Center. He picked up a copy of Blood and Bone that day, and later wrote to me about it. Despite pointing out a factual inaccuracy in the book he flattered me by saying that the story held his attention so well that he missed his bus stop reading… Continue

With a bad economy, not-shopping has become cool. Instead of people bragging about how they found the Toy of This Year's Quest for their little darling or the latest gadget-that-we'll-never-fully-decipher for their spouse, we hear comments about cutting back made with a tone of "I'm such a good person for doing this." Newspapers are full of chatty little articles about how to have a scaled-down Christmas: play board games at home instead of going on expensive vacations, create homemade gifts… Continue

Here's a book trailer for Master Detective. Note that there is a second book trailer by someone else. Hey, the more the merrier!
https://www.youtube.com/watch?v=FlHvNqLg5jA

No s@&! If he did appeal, I have a feeling that he would be laughed all the way to the chair.

In 1980, when Joseph Edward Duncan was a teenager, he was convicted for raping a younger boy at gunpoint and diagnosed with antisocial personality disorder. So people knew he was a psychopaths back in the 80s, why let him back out on the streets? Psychopaths can't be reformed, just ask one.

I'm pleased that the article I wrote for The Journal of The Whitechapel Society, 'Whodunnit...I Dunno' telling of the genesis of my novel 'A Study in Red - The Secret Journal of Jack the Ripper' has been accpeted and published for potential worldwide web syndication by Ezine Articles.com and can be seen at… Continue

My weekend was a bit more varied than usual. I had mid-afternoon fun at the Borders Express in Springfield Mall. The Friday 3 pm to 7 pm slot was an experiment that paid off well. Saturday was an evening gig at the Books-A-Million in Greenbelt, MD. Again, 4pm to 8 pm isn’t my usual time but it allowed me to meet some new people. Sunday I greeted the after church crowd at Borders in Waldorf MD. From noon to 4 pm was the right time to be there, too, and lots of novels went out the… Continue

Home and Not Home-Where Do You Want to Be?

Thanksgiving is travel time for a lot of us, and it brought up the question in a recent discussion of why we seem to want to be wherever we aren't. When we're home we imagine all the great places we could be, and when we're gone for more than a few days, we picture the idyllic peace of home. So which is best?

It's all a matter of timing. My husband's tolerance for away-from-home time is a bit shorter than mine, but we do pretty well for three weeks on our annual vacation, three days… Continue

Not much to report from last week, so I’ll keep this short and sweet. Total word count for The Beholder is now up to 103,500 words and I’m very close to finishing the first draft. The climactic finale has been written and I’ve got just a scene and a half to go in which I’ll tie up a few loose ends. I was hoping to have completed these scenes on Friday but another bout of illness struck me down and kept me away from the P.C. (that’s twice in the last few weeks – sickly child or what?). If you… Continue

A murder story in verse has won Sisters in Crime's 15th Scarlet Stiletto Award presented the tonight in South Melbourne (21/11).

Evelyn Tsitas (Canterbury, Vic), a former senior journalist at the Herald Sun, won the HarperCollins first prize of $750 plus the coveted trophy, a scarlet stiletto shoe with a steel stiletto heel plunging into a perspex mount for "Undeceive", a story about poetry, literary theft and betrayal. It also took out the Dorothy Porter Award for Innovation ($250)… Continue

Things Are Happening On My Main Blog...

My main blog has a post discussing the possibility of a strike by the Screen Actors Guild, and how it can hurt both the Guild, and the major studios, and neither side seems to see it.

You never know when a simple sale will lead to greater exposure. This summer I participated in the Frontier Days in Arlington Heights, IL. along with June Sproat and Morgan Mandel; we sold our books to a woman who was chairperson of a book club, and she asked us to speak at one of their meetings.

I have spoken at a couple book clubs and expected eight to ten people to attend. The event was held at a lovely country club and we were asked to stay for lunch, so I was looking forward to… Continue 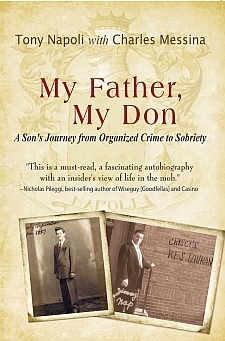 Tony Napoli's autobiography, My Father, My Don is a bold recounting of the confidential world that he and his father inhabited. Tony “Tony Nap” Napoli is the son of one of the most powerful and respected organized crime leaders of the modern era. Be sure to stop by Books and Authors http://joyceanthony.tripod.com/blog/ November 22, 23, and 24 to learn more of his life growing up as the sun of a mob kingpin who ruled over the largest gambling empire in… Continue

Sunday you'll find me at the big Borders at 3304-A Crain Highway in Waldorf MD. I'll be looking to catch the after-church crowd from noon to 4 pm. When you visit family on Thanksgiving, have their new books with you. If you miss me, you can still order my novels thru my web site, www.hannibaljonesmysteries.com

It turned out to be three pages typed..From the few people that have read it, they've said good things about it. I also got a "What is your problem? Why would you write something like that?" from someone at school who definitely does not have the capacity to write a good crime fiction. It's called Leah's Doll. (Hopefully the format didn't get too messed up!)


“No, no! Stop!“ Leah cried. The woman did not say anything. Right there in the middle of the crowd, this woman just… Continue