I want to thank everyone for such a nice response to our first official romance day; I was stunned. Let’s get right to this novel as it’s something that really found a place in my mind and heart very quickly. I guess
having a wife and seven daughters rubbed off on me a little and I was able to
channel my feminine side during this read. I really am enjoying the historical
romance category. I am going to try others, but right now I am grooving on this
for…

Review - If It Bleeds, Duncan Campbell

Britain's best known gangster, Charlie Hook, wants to tell his life story and chooses crime reporter Laurie Lane as his reluctant ghost. But the next day Hook is dead, his blood and hair on the walls of his north London mansion.

Who has killed the last of the London Godfathers, the man who used to be a driver… Continue

My experince in teaching a writing workshop and with radio interview

www.gulfcoastnews.com/radio
The First Annual Southern Expressions Writers Conference was held this past weekend (November 5 - 7, 2010) at the Mary C. O'Keefe Museum in Ocean Springs, MS. There were about 75…
Continue

Carrie Oakley - an online graduate w/experience as a Math Professor in an Online School - started the website OnlineColleges.org to help students find the right online school for them. Today Carrie shares her views on the value of learning to write on the web, on my blog, "Another Writer's Life." - http://ascamacho.blogspot.com

Christopher Payne The Gargoyle Prophecies, Part I The Savior

I have been reading much more sci-fi and paranormal then I usually do, I have no idea why. That being said, I thought I would just start to get into a groove and sit back and enjoy the reading. I hit a couple winners
for this week. Today I am featuring Christopher Payne and his debut The Gargoyle Prophecies. Debuts are a
mixed grab bag; this one sits near the top. The plotline is different from
anything I have read or seen about gargoyles. He…

Daniel Carter The Unwanted, Part One of the Trilogy

The sci-fi, paranormal parade continues with another barnburner that is a series. Trust me, when you read this you will be glad it is a series, there is so much info, backstory, and plotline crammed into this
installment, reading the next two is a must. The plotline is complex, the
reading enjoyable and fun; there are just so many facets and elements to it.
Without further ado, here is the synopsis of the novel:

One cold autumn night, a woman is found hanging from a beam in her summer cottage by Lake Thingvellir. At first sight, it appears to be a straightforward case of suicide; the woman, Maria, has never recovered from the loss of her mother two years earlier and had a history of depression. But when Karen, the… Continue 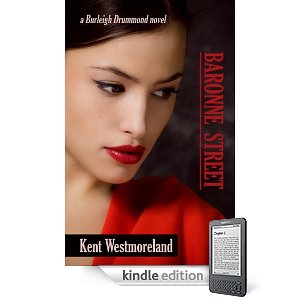 New Novel releases for the Week of Nov. 9th

Things are starting to heat up as we get to see some big names getting their novels out there for the coming holiday season. Here they are in no special order:


-Jeff Kinney/Diary of a Wimpy Kid- The Ugly Truth #5

Right off the bat, this doesn’t read like a freshman effort at all. Death Notice is an excellent novel and I am really looking forward to the follow up, if there is one. Todd Ritter has put together a fun, compelling
read that contains all the right elements to make just about anyone that enjoys
this genre of novel happy. Have I piqued your interest at all? Hopefully. Here
is a look at what to expect once this novel grabs you and pulls your inside:…

Over 200 people packed the hall in Portsmouth to hear best selling crime fiction authors pitch their wits against police and forensic experts in a unique event the first ever Crime and the City CSI Portsmouth held as part of Portsmouth Bookfest on 6 November.

Self-Published Sunday Julie Ann Weinstein Flashes from the Other World

I am going to have to split some hairs on this one. The title Flashes from the Other World is for a grouping of short stories by Julie Ann Weinstein; it is not just one story. The way I have justified using it
today instead of on Digital short Saturday (where it could also fit), is that
if you get the e-version of the book you
can read as just that, a bunch of digital shorts. This is a very eclectic grouping
of stories, but I think that for the…

I am again participating in the National Novel Writing Month in November. I'm very pleased with my progress! Unlike the frenzy of last year, I have over 20000 words. I need 50000. No sprint to the en…

I am again participating in the National Novel Writing Month in November. I'm very pleased with my progress! Unlike the frenzy of last year, I have over 20000 words. I need 50000. No sprint to the end at this rate! It will be a long time before anyone thinks of a better way to open their first novel than this: “My best friend Sarah was asleep. Her husband was lying beside her, and I was swallowing his semen.” That’s paragraph two of “Dead Lovely” by Helen Fitzgerald, a fabulous crime novel which manages to amuse, titillate and disturb. Since she published Dead Lovely in 2008, Helen has released three more adult titles and a teen novel. Born in Australia, she lives in Glasgow, Scotland,…
Continue

Performance Reading with Mitzi Szereto and "Alf" the Cockney Devil

Read about the new "Sherlock" Holmes series on PBS in the new issue of
Kings River Life Magazine! See a preview of Sunday's new episode and
read about a bunch of online events going on this weekend connected to
this great new mystery show.
http://kingsriverlife.com/11/06/sherlock-in-the-21st-century/
We also have a review of Bonnie Hearn Hill's new book, "Gemini Night",
sort of a young… Continue

We are going with a double shot of fun with two digital short posts today. The first one is The Kindly Stop Café brought to us by Stone House Ink. The other digital short we have is a self-published work by Julie
Ann Weinstein. I need to stay focused here. Mark Maciejewski has put together a
very compact, concise, and moving narrative in The Kindly Stop Café. It really
hits the mark and then some. To be honest with you, I am still thinking about
it. I…

What a blissful Saturday, I've been up since six, drank a few cups of coffee, and had a delicious slice of Panettone (a big slice of Panettone) and I will spend the rest of the day writing. It doesn't get much better than that. Panettone and coffee are perfect together.…