Alleged abuse of staff by Netanyahu's third wife opens him up to political attack. Billions of dollars in aid, bulging frequent-flier accounts for U.S. diplomats, and several thousand dead ought to be proof enough that the Middle East peace process has churned through the last decade and a half without getting anywhere.

But if you need more evidence, here it is: The Israeli Prime Minister’s wife is still allegedly screaming at her… Continue

The fourth installment in Matt's Crime Writers Association Dagger-winning series about Palestinian sleuth Omar Yussef is published Feb. 1. In New York for a UN conference, Omar uncovers an assassination plot. The suspect: his own son. Omar's most personal investigation so far.

Matt will read from the book Feb. 2 at 7 p.m.
Location:… Continue

Back to diplomacy school for Israel

JERUSALEM, Israel — The American humorist Caskie Stinnett once wrote that “a diplomat is a person who can tell you to go to hell in such a way that you actually look forward to the trip.” In other words, someone who doesn’t make his meaning so clear that one is both afraid of the trip to hell and angry about being sent there.

Which makes Israel’s two top “diplomats” rather less than diplomatic.

Everyone comes back to Jerusalem

Everyone comes back to Jerusalem. I don’t know why, I really, truly don’t.

It’s too damned hot. The people tend to be offhandedly mean, and they drive as though they want to kill you. It isn’t a very pretty place once you look close. Oh and, sure, sometimes it gets violent. With shocking self-obsession, it thinks the eyes of the world are turned admiringly upon it all… Continue

In the current Library Journal, my new Palestinian crime novel, THE FOURTH ASSASSIN (out Feb. 1) gets a great review that highlights the themes and implications beyond the way the detective resolves the mystery. For those whose mailman has yet to deliver a copy of the magazine (in which case you'll have missed the award for Librarian of the Year -- Big up… Continue

The best thing about switching from journalism to fiction writing is that people show you more respect.

As a journalist covering a highly contentious issue like the Israel-Palestinian conflict, I was often subject to rather nasty verbal attacks during public speaking engagements. For a partisan of either side, I seemed a fine target for their generalized contempt—they thought journalists were all against them and here was a live reporter on whom they could vent their… Continue

The Guardian asked me to contribute to their regular feature in which authors pick their top 10 novels on a particular subject. Read my top 10 novels set in the Arab world here. Most of the writers I picked are Arab, though there are a couple of Westerners and Tariq Ali is a Pakistani. This, by the way, is what I wrote in introducing the list:

Marwan Barghouti, serving five life sentences in an Israeli jail, is a key sticking point in negotiations between Israel and Hamas over kidnapped soldier Gilad Shalit. (I posted this on Global Post.)

The most important man in Palestinian politics is neither president nor prime minister. He doesn’t shuttle between meetings at the U.S. ambassador’s… Continue

Not long ago a friend of mine commented that my travels to promote my books must be a great pleasure to me. “You just have to talk about yourself,” he sneered. “You must like that.”

I ignored the implied insult (until now). But it struck me that people might think book tours are literally ego-trips. Wrong on two counts.

First, it’s only on book tour that people will frequently come up to you and say that you look better in your jacket photo. In Aachen last year,… Continue

The Decade that Dare not Speak its Name

In the documentary “Imagine,” John Lennon comments that his song “Starting Over” from "Double Fantasy" was a message to fans his own age in which he aimed to ask them: “Hey, how’re you? Weren’t the Seventies a drag? Let’s hope the Eighties will be better.”

If John had lived on through the Eighties to experience the decade just gone, I’m sure he’d have used a stronger word than “drag” to describe it, and it would’ve been… Continue

Outrage: Raymond Chandler in the trash

The last decade has been one of outrage piled upon outrage, from 9/11 to the wars in Afghanistan and Iraq, on to Hurricane Katrina, the Asian tsunami and the smart-ass bankers who thought they ruled the world they were in the process of destroying. On the first day of the new decade I was faced with something less outrageous, perhaps, but somehow even more puzzling than any of these things.

I was walking along a street near my home in Jerusalem with a friend. A few… Continue 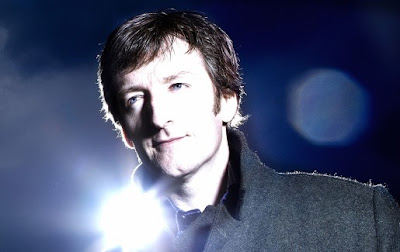 One of my favorite Italian writers, Giuseppe di Lampedusa, wrote: "If we want things to stay as they are, things will have to change." So I'm inaugurating my new blog today, to see in the New Year, with the same insightful content, of course, but a good-looking, up-to-date platform with many new features. I call the new blog… Continue