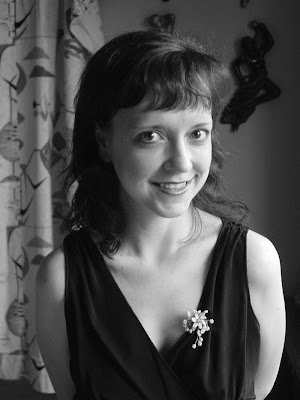 Megan Abbott is the female James Ellroy. When I read her Edgar-award-winning “Queenpin,” I immediately was put in mind of everyone’s favorite noirmeister. Dig it. Even more I loved “The Song is You,” in which Abbott took a real-life missing persons case from 1949 and plumbed her Hollywood characters for real… Continue 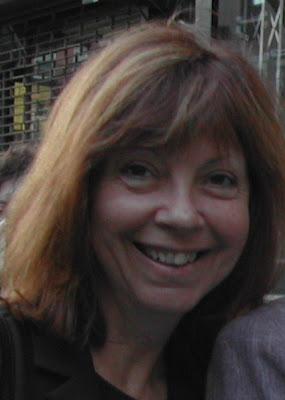 Each of Cara Black’s titles takes her computer-security PI Aimee Leduc on the trail of a murder in a different quartier of Paris -- Montmartre, Clichy, Bastille. Aren't those names alone enough to make you want to read them? The latest is… Continue

Israel grapples with a new kind of violence

TEL BARUCH, Israel — It may surprise you to learn that many Israelis are only now realizing they live in a violent place. And they’re freaking out.

Not the terrorist violence for which Israel is something of a byword.… Continue

The Austrian Hospice of the Holy Family is a beautiful sandstone building on the corner where the Via Dolorosa turns briefly onto the main alley of the Muslim Quarter’s souq. Buzz at the main gate, climb up two flights of enclosed steps, and you’re in a palm-shaded garden fronting a broad, four-story façade. Nearly 150 years old, it was built for… Continue

Since the first of my three Palestinian crime novels was published in early 2007, I haven't been short of terrific reviews in the mainstream media. After all, The New York Times said I'd written "an astonishing debut novel" and every outlet from The Sunday Telegraph to The Sowetan has raved about the books. But I'm always particularly pleased when I get good write-ups on individual book blogs. It makes me see the series is building a grass-roots momentum. So two recent reviews were very… Continue

Video: Reading from THE FOURTH ASSASSIN

The next in my series of Palestinian crime novels THE FOURTH ASSASSIN will be out early next year. Meanwhile I've made a couple of videos to introduce the book. In this one, I went up onto the roof of the Austrian Hospice in Jerusalem's Old City to read from Chapter One of the next… Continue

The current edition of Details has a terrific investigative piece about the youthful extreme segment of the Israeli settler movement. It's by my chum Matt McAllester who spent five years based in Jerusalem as a correspondent and returned earlier this year to probe deep into this largely inaccessible (to foreign journalists, at least) fringe of Israeli society -- a fringe that… Continue

UK cover for THE FOURTH ASSASSIN

It's always a thrill for me to receive the covers of my forthcoming novels from my UK publisher Atlantic Books. They have a series feel in that there's a continuity to the design. Each one seems to get better. Here's the cover of THE FOURTH ASSASSIN, which will be published next February. I received it from my delightful editor in London Sarah Norman just this week.… 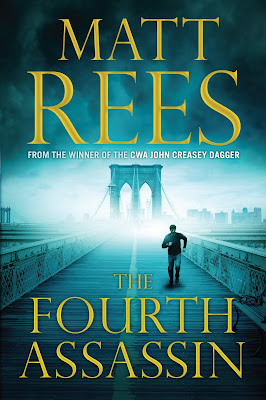 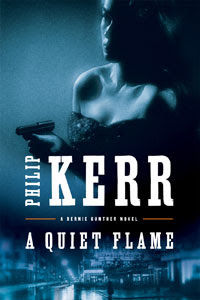 Last year, NPR correspondent Eric Westervelt toured Nablus in the West Bank with me, talking about my third Palestinian crime novel THE SAMARITAN'S SECRET as we wandered through the ancient casbah. Sadly for the many of us in Jerusalem who enjoyed his dry wit, Westervelt… Continue

Whose Abu are you?

In the West, our names tend to be pretty nailed down and unvaried. Unless you’re the child of some Hollywood goof who named you Moon Unit or Pilot Inspektor, you’re likely to share your name with many other people. Take me, for example. The family name Rees accounts for 15 percent of Welsh people – not to mention people descended from Welsh immigrants… Continue

Seems even those holding the keys to the Holy Land need reminding that thou shall not steal. By Matt Beynon Rees - GlobalPost

JERUSALEM — In its international survey of corruption, Transparency International (TI) ranks Israel a respectable number 33 out of 180 countries.

Pity the poor people of Somalia (rank: 180), because the graft… Continue 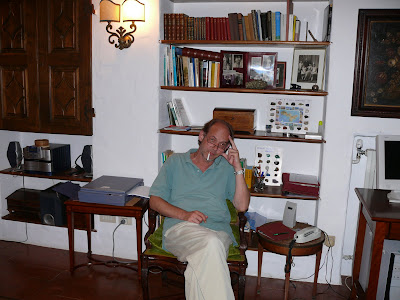 When my second novel A GRAVE IN GAZA was being translated into German, I received an email from my translator. He had a number of penetrating questions about certain phrases I'd used in the book. He also happened to be the only translator who asked me a question about any of my books (and my work is translated in… Continue

The first rock concert I ever attended was a performance by Canada's greatest rockers Rush. I've loved Canadians ever since. In the London (Ontario) Free Press recently, Joan Barfoot gave me another reason to adore them. She gives a terrific review to the second of my Palestinian crime novels A GRAVE IN GAZA (UK title The Saladin Murders). Of my… Continue

A great “What if”: Richard Jay Parker’s Writing Life

In his terrific “On Writing: A Memoir of the Craft,” Stephen King notes that the best way to start a novel is with a compelling “what if.” Try this one: “Vacation Killer” sends out a chain email declaring that he’s kidnapped a woman and that if you don’t forward the email to 10 friends he’ll “slit the bitch’s throat.” That’s about as good a “what if” as anyone--Big Steve included--could come up with. It’s the premise for Richard Jay Parker’s debut… Continue

In his New Republic blog, the magazine's honcho Marty Peretz rightly rails at the failure of the Fatah Party to agree on anything at its conference this week in Bethlehem -- except that Israel killed Arafat. Rails because, of course, that's not going to reform this corrupt bunch of villains who're currently clogging Manger Square with their swanky… Continue

Wisconsin Public Radio airs a full hour discussing contemporary crime fiction. It's mainly an interview with the best crime fiction blogger, Peter Rozovsky, whose Detectives Beyond Borders is a fabulous read, full of information and sound opinions. The radio show focuses on "noir" -- which Peter defines more convincingly than anyone I've heard before as fiction in… Continue

The Last Man in London

During my teens, my family lived in a house in Addington, at the very farthest reach of South London. At the bottom of the hill, the road made its final exit from London. Not quite wide enough for two cars, it traveled onto the North Downs of Kent. Sometimes I would ride my bike along the lane and up a hill overlooking the Downs and lie on the grass. I… Continue