RENEGADE photo-tour: A factory in rural China, one very much like the factory/warehouse Jessica was held captive and tortured after she was kidnapped from the Shanghai business… Continue 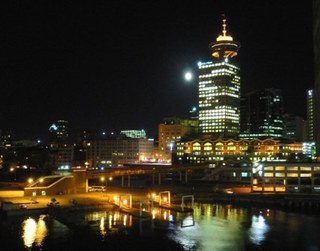 RENEGADE photo-tour: The Burrard inlet at Gastown -- over which Luke and Jessica escape Triad assassins at night.

And the The Romance Reader" had this to stay:


"The Heart of the Renegade is a skillfully… 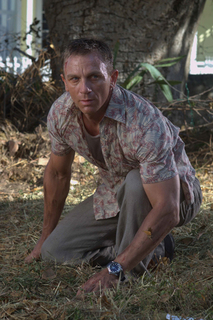 March 1 and THE HEART OF A RENEGADE is out!
To celebrate – I’ll be giving away two signed copies. To enter into the draw, either post a comment below with the words “RENEGADE” and “contest” in it, or drop me line via my contact box using those two words. Contest closes midnight Wednesday March… Continue

No comment on form, please! But this is where I’ll be for the next week or two … out of the ‘office’ and ski-ming. Plotting. On the hills, on the trails. With the skis and the snowshoes. Getting in touch with those girls in the basement.

I’ve been looking forward to stepping back from the computer for a few days. I have…

Well, the snow fairies came in the night. Not so much the book-finishing fairies. Better get on that myself, eh?

Friday is when I hand in my first TRUE NORTH book — then I can play on the trails. Lots more than I have been able to this past month. May the snow be thick!

Want to save energy this winter? Have you tried Blackle?

This is their bumf:

While deep in my MANHUNTER – TRUE NORTH deadline … I leave you with another point of view. Thank you to this reader for showing me my MERC chillin’ up north …

Spotted up North again. Brrr, looks chilly :). Spy the city in the background? Can anyone guess where North of 60 this photo was taken?

I love that my books are finding their way into the frozen north, since MANHUNTER, the book I will turn in at the end of this month, is the…

Look what came in from north of the 60th parallel — a precious button of a reader posing for her mum. With the MERC!

And from Bailey Stewart, one of the most awesome reviews a writer could ever hope for.…

Where to draw the line when it comes to research is always and issue for me. A lot of it doesn’t go in — in the end. But it does help me shape character, setting and plot … and adds texture. It also gives me confidence in writing. I can get carried away though

(That’s one of our local Whistler Mounties in the…

AH, I LOVE MY JOB

The perfect writers tools: A season's worth of running shoes (note the holes in the toes), Nordic poles to get the left hemisphere of the brain talking to the right, a good sweat and a wooden bench in the sun overlooking the lake and the ski hills -- all converging to provide the perfect AHA! solution to a plot problem that had been…

At a crossroads in the middle of the woods -- that's where I am with my novel ... trying to find may way to home base. Don't want to pick the safest route. But don't want to get lost on a run with no patrol or sweep, either…

The heroine in one of my upcoming romances (MANHUNTER -- Silhouette Romantic Suspense) is a tracker who lives in the northern Yukon, and for research I’m devouring books on tracking and signs.

Now, when out on my daily runs or Nordic walks, you will find me looking downward, at the ground, watching for cougar,…

THE VIEW FROM MY DESK

This is Oscar, the berry bear. I see him from my office window each day now as he comes to feast on a bush of ripe orange berries across the street. I know he's there when I hear the branches crashing.

And on my runs, I'm coming across one to four bears a day in the woods now, all eating madly and not at all interested…