Finally typed the final words of the first draft of my second novel. The first one was a bust, but this time round I’m determined to whip this baby into shape. 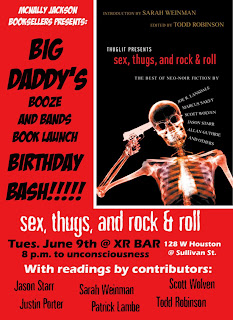 Big Daddy's doing a Booze And Bands Book Launch for SEX, THUGS AND ROCK & ROLL, the latest Thuglit anthology (which includes a story by the bald headed guy all over this page). Jason Starr, Justin Porter, Sarah Weinman, Patrick Lambe and Big Daddy Thug himself are all going to do readings from the book before they stage dive into the mosh… Continue 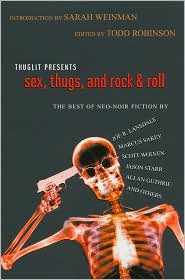 Smack bang in the middle of a fine collection of thuggery related literature is my story, BUDDHA BEHIND BARS. It's my first publishing credit so I'm celebrating by dehydrating a bottle of Johnnie Walker and snorting it off the belly of ... okay, I'm just having a glass of Coke. But still, I'm hoping this will kick my arse on to a chair and force me to write some more.

With an intro… Continue

Which means I'm back. Strangely, after three weeks of limited internet access, I haven't had much of a desire to get back in the cyber-swing of things. 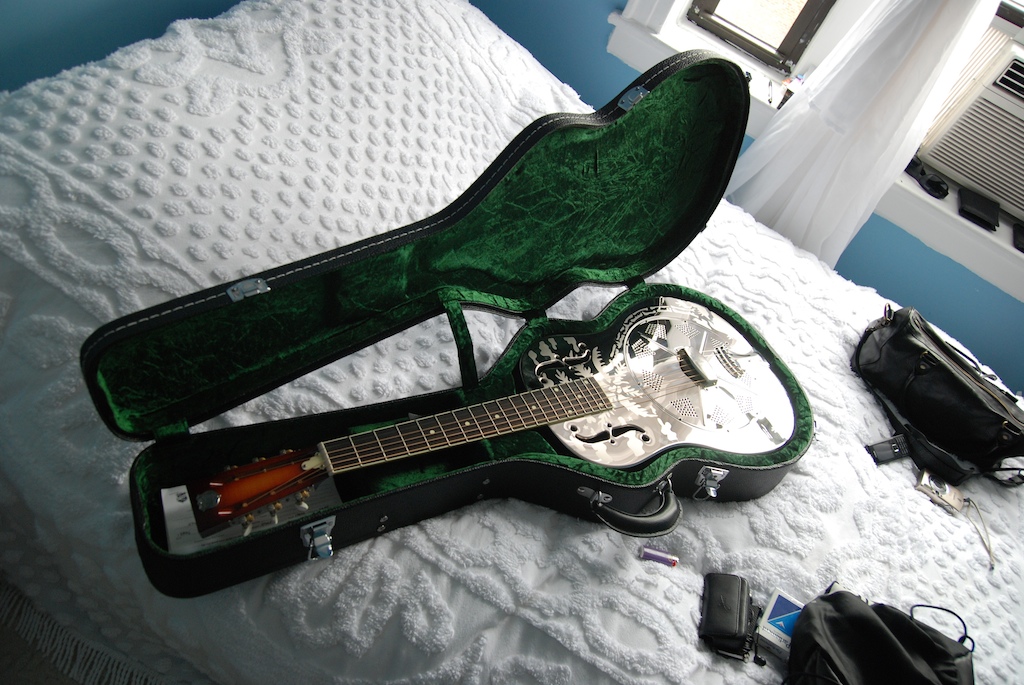 Remember when I talked about my desires for a National Steel guitar? The kind of guitar that costs whole people's yearly salaries to ship to the sunburnt shores of Australia?

Well, in the last couple of days, I discovered to my absolute and goose-pimple-inducing delight, that I could purchase one of these beautiful beasts for about half the price I would expect in my home… Continue

The Lineup: Poems On Crime, Issue 1 Out Now

Edited by Gerald So of Thrilling Detective, with Patrick Shawn Bagley, R. Narvaez, and Anthony Rainone.

News From Around The Interweb

Sure, I'm still firmly entrenched in hibernation mode, watching lots of episodes of The Outer Limits and drinking a responsible amount of absinthe, but that doesn't mean I don't have at least one eye to the cyber playground commonly referred to as "the internet."

* Spinetingler magazine has just put out its Summer 2008 issue, which of course confuses me and my Antipodean biological clock (it's winter here, dammit!). Still, with fiction of all lengths (as long as they're short) coming… Continue

Happy Birthday To Me