Listen in this week as Megan talks about the slippery definition of noir, the
women of noir (both those who write/wrote it and the characters in… Continue

In for Questioning - Duane Swierczynski Interview In this week's episode, we talk with Duane… Continue 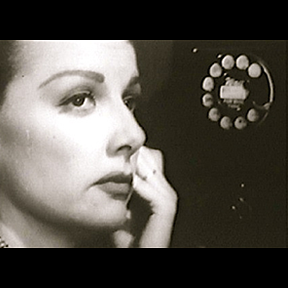 In for Questioning - Cornelia Read Interview is up!

Visit In for Questioning to listen to this week's show!

In for Questioning - First Podcast is up! Today marks the official launch of "In for Questioning," a weekly podcast geared toward Crime Fiction - writers, readers, and various other criminally-minded types. I drag 'em in, ask the (sorta) tough questions and toss 'em back out again. So check out this week's show and see whatcha think! Questions or comments? Well,…

I recently finished an ARC of THE CONCRETE MAZE, by author Steven Torres. This book marks his first effort at book-length noir/hardboiled fiction (he's written a series of police procedurals set in Puerto Rico that I need to check out). Anyway, it's a doozy. Fans of the genre will find all the classic elements at play here - urban setting, drugs, prostitution and plenty of desperation and impending doom. What's different is the strong sense of familial loyalty and…

This here Crimespace thing is exploding! I'm working on visiting everybody's page to say hello, so if I haven't made it yet, just mark it down to cyber-exhaustion. Can't. Keep. Up. Must. Drink. More. And. Type. Faster...

Daniel rocks for getting this dealio up and moving. Even if he is a damn Aussie boy!

So...just gettin' this started. Not a blessed thing to say at the mo', but will be back when I have actual time to do /say something here. Yay, Daniel for coming up with this whole shebang!