Hedy Lamarr was once the #1 sex symbol movie star world wide. Attorney Don Woldman knew Ms Lamarr professionally, and will reveal the untold story behind THE RAPE OF HEDY LAMARR.

Seattle business man Richard A. Dunn denied knowing anything about the 6-year-old boy who was found tied up in his apartment in June of 2001. The boy was gagged with a necktie, whipped with a belt and held captive for almost 24 hours. While the boy was captive, Dunn was doing more than whipping a little kid -- he was also on the telephone with Anea Barer, daughter of Co-Host Burl Barer, offering her a job!!
Hear this bizarre story from Anea herself as she joins us in the studio. 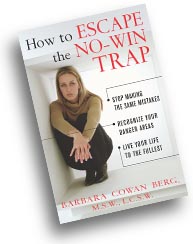 Barbara Berg, famous psychologist, author,Booknowin and relationship counselor is well known to listeners of Howard Stern's show. She is not only a hot babe, but a brilliant woman with an impressive list of famous clients.

Judi Faye (who did NOT kill her late husband, comic Joey Faye) will probe Barbara's expertise on how NOT to be murdered by your wife or husband -- even when you really piss 'em off!