Lately, in an effort to get into shape, I’ve been doing a lot of walking. Since the fields around my house are loaded with ticks, I find other places to stretch my legs. One of the most convenient spots is an old cemetery a few miles from my house. It’s quiet and mostly deserted except for the occasional deer. And many of my ancestors are buried there. I rather like the sense of calm.

Last week, on my stroll, I noticed a grave with several floral arrangements perched on the stone. One of the plastic vases had fallen over. There are other graves with upended tributes, but for some reason, I diverted from my path and knelt to straighten this particular one. 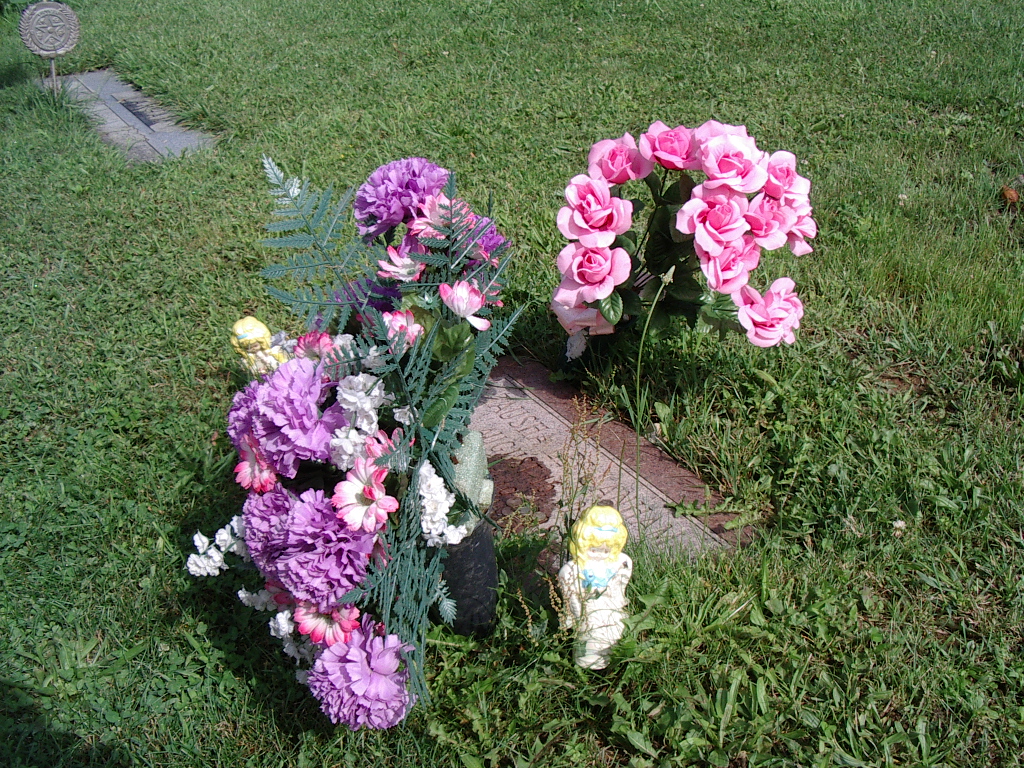 Besides the flowers, a pair of tiny ceramic angels flanked the marker, which was covered in pennies, nickels and dimes. The name and date on the flat granite slab sounded familiar, but it took a moment or two to sink in and then I remembered the story. Seven-year-old Tausha Lee Lanham lived her sad, short life in Burgettstown, about five miles from my home. At birth, she weighed only 2 pounds and 5 ounces and she suffered an assortment of health problems. But the bulk of her suffering came at the hands of her mother, Michelle Sue Tharp.

Tausha weighed less than 12 pounds when she died several months shy of her eighth birthday. She had not eaten for days.

According to witnesses, Tausha’s mother kept food from the child for a day or more at a time. She did however feed the girl’s two siblings. Tausha would spend many nights confined to a room to prevent her from searching for any tidbit in the kitchen, where she sometimes ate from the garbage can. Other times she might forage scraps from the pet bowls.

CYS tried to help, but Michelle Tharp missed appointments and refused to open her door to them. When they did visit, Tharp hid Tausha out of sight.

One morning, nearly ten years ago, Tharp discovered Tausha’s dead body in her bed. Instead of reporting it (for fear of having her other children taken from her, she said), she put the body in her car seat and drove to her grandmother’s to call off work and to drop off laundry. She swung by a lake before stopping to buy garbage bags. Later, she and her boyfriend, Douglas Bittinger, wrapped Tausha’s tiny body in a sheet, placed it in a garbage bag, and left it atop a large bush in the woods of West Virginia. They then reported her missing from a mall in Steubenville, Ohio, where they said she’d gotten lost.

The jury at Tharp’s trial deliberated for less than three hours before returning a guilty verdict. She was sentenced to death and sits on death row at the State Correctional Institute of Muncy.

And there, the story should have ended. However, Michelle Tharp is now being featured on a website known as muncys3amigos, where she and two other inmates give their one-sided account of life behind bars. I would include a link, but the thought of pulling that site up makes me ill. It originates from London, England and the webmaster, Joanne Rayston heads an organization called Friends for Muncy Death Row, an anti-death-penalty group. At some point, the three women were moved to a different section of the prison. They complained that their new lodging was “loud, unsanitary, and simply miserable.”

Forgive me if I fail to feel pity for them. Especially Tharp.

As for Tausha, her grave, at least, is everything her mother’s accommodations are not. Quiet. Lovely. Peaceful. And from the looks of the flowers and angels, her final resting place is getting considerably more care than the child received in life.