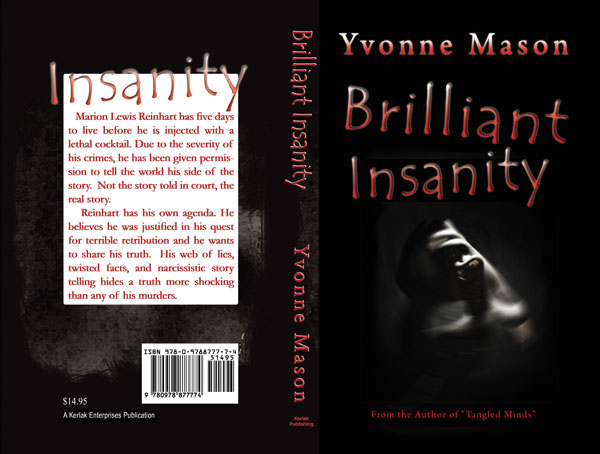 Louis Reinhart has five days to live before he is injected with the lethal cocktail. Louis Reinhart has been given permission to tell the world his side of the story.
The story which was not allowed to be told in court.
The Fort Pierce Sentinel has agreed to send a reporter to interview Reinhart. However, Reinhart has been very specific as to which reporter he will agree to talk to.
Her name is Mandy McQuaid. She is a rookie reporter. This is her first job and she is stuck in the obit section of the paper. Even though the Editor is not happy about Reinhart’s request, he sends Mandy to conduct the interview.
Reinhart has his own agenda. He believes he was justified in his quest for retribution and he wants to share it with the world. Not only does he want to share it with the world, but it is very important that he share it with Mandy.
As Reinhart draws Mandy into his web of lies, and narcissistic behavior one wonders where the next bend in the road leads. What surprise, what evil will pop out to shock and amaze even the most seasoned reader.

Brilliant Insanity will be available at Amzon.com, Barnes and Noble and all bookstores it can also be purchashed at my online bookstore http://thebookattic.ecrater.com

"Brilliant Insanity" is an unprecedented voyage through the demented mind of mass murderer, Marion Lewis Reinhart. Who is Reinhart? What is Reinhart? Yvonne Mason draws you into a world of suspense and harrowing sadism interjecting lucid illustrations and stark, chilling portrayals. However, Mason leaves no stone unturned as she delicately weaves in the budding romance between Mandy and Allen. With her book, "Brilliant Insanity," Mason has proved herself to be an indelible author. - Deborah Simpson, Author of "Chronicles of a Sage: Spiritual Revelations via Canto" -