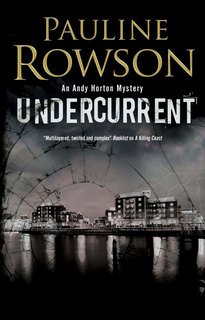 First up I’m looking forward to the publication of the ninth in the DI Andy Horton marine mystery crime series, Undercurrent, which will be published in hardcover by Severn House in the UK in January and in the USA in May. It will also be released as an ebook in May. So another one in the series to keep DI Horton fans happy. And as to whether he will discover the truth behind his mother’s disappearance over thirty years ago… well you’ll have to buy (or borrow the book from the library) to find out.

I’m also pleased to announce that Footsteps on the Shore, the sixth in the DI Horton series, will be published in Large Print by Severn House in March. It is already available in paperback and as an ebook.

Meanwhile I intend to finish the tenth in the DI Horton series, which I am currently writing and maybe work on creating another character for a new crime series. I’m working on ideas for that at the moment.

There will be radio and video interviews throughout the year some of which will be posted on my You Tube Channelwhere you can find lots of interviews with me about the DI Horton series, my thrillers, writing and researching my crime novels.

No, not for me, unless I suddenly become a superstar in China, or rather I should say DI Andy Horton becomes a mega star, because 2013 sees the publication of the Horton series in simplified Chinese. The covers produced by the Chinese publisher Nanhai Publishing Company of Haikou look stunning and I’m very much looking forward to seeing how Horton is greeted in China. Let’s hope it’s enthusiastically.

A year of talking as well as writing 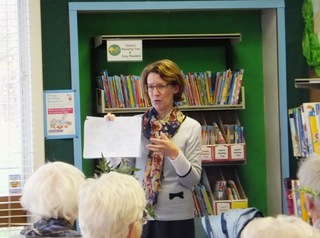 In addition to continuing to write the Horton series, and possibly a new crime series, 2013 is going to be a very busy year talking. By that I mean I have many public appearances lined up and I’m delighted to be giving so many talks to a variety of audiences around the country. These include members of many U3As (University of Third Age) groups, Women’s Institutes, business clubs and of course libraries.

I will once again be in the North East of England in April, where I know there are many Horton fans, and I’ll be meeting crime fiction fans in May at CrimeFest in Bristol where I’ll be appearing on a panel. In April I’ll be heading for the London Book Fair and throughout the year I’ll be helping to organise the highly successful CSI Portsmouth 2013 for the fourth year running and will be appearing at it on Saturday 2 November.

There are some events I’ll be attending that the dates are yet to be confirmed. These will be added to the events page in due course where you can see details of all my talks and public appearances for the year. This will be updated as new events are confirmed.

There are one or two other exciting things happening in 2013, which will be announced on the Latest News page or on my Blog so keep tuned, but for now I’m keeping them up my sleeve.

I’d like to wish all my readers, fellow crime writers and visitors to Crimespace and my website a very happy, healthy, prosperous and peaceful 2013.