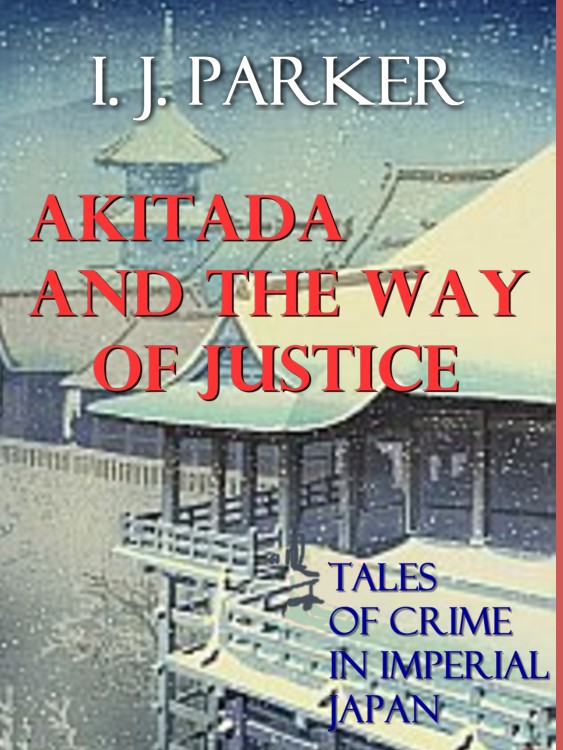 The book contains eleven Akitada stories that have previously appeared in ALFRED HITCHCOCK’S  MYSTERY  MAGAZINE, including the Shamus Award winner “Akitada’s First Case.”  They were not published in chronological order originally and have been long out of print.  I’ve put them in order and linked them with brief explanations that fit them into Akitada’s career and relate the events to the novels in the series.

The cover is based on a print by Kawase Hasui that depicts the temple Kiyomizu-dera, the setting for the murders in “Moon Cakes.”

With any luck, I may soon also be able to tell you about # 9 in the Akitada series.

Will be picking these up for nook for sure.

Great cover--looking forward to reading this one.

Cool!  I'll have to put this on my wish list.