The violence that plagues America’s inner cities has seen a spike after many years of relatively low homicidal violence rates. In 2015, the murder rates have increased by 33% or more in large cities, such as New Orleans, St. Louis and Baltimore.

Chicago, America’s third largest city, has seen a one-year murder rate increase of 19%. Milwaukee, a city often associated with urban plight and unrest, has had over 84 murders this year, which is more than double the amount of murders recorded for the same time period in 2014.

Not since the drug-fueled violence of the 1980s have American cities been plagued by such civil unrest.

These numbers are staggering, and have been attributed to weak gun laws and a subculture which places significant value on so-called street credibility. The end result leads to disputes (even minor ones) being settled with deadly force.

A Cycle of Violence 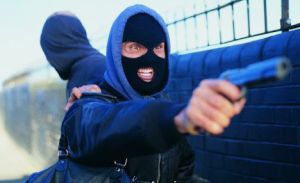 Many experts believe that crime is cyclical in nature. And that 2015 is just another peak in the constant ebb and flow of the alarmingly violent culture that haunts many American cities. Distrust of the “establishment,” lack of opportunity and gang life have led many urban areas to resemble the wild west.

All of these problems are nothing new. So, why all of a sudden is there an increase?

It is has been suggested by criminologists that the current civil unrest stems from the recent alleged racially motivated police violence in North Charleston, South Carolina and Ferguson, Missouri. This, however, is only speculation, because the truth of the matter is – it is virtually impossible to pinpoint the exact reason for this upswing in violence.

Despite the ever increasing public attention to gun laws, and urban gangs, the violence in American cities continues to be a major problem facing this country. Often, crime will spike during hard economic times. Yet, during the most recent Great Recession, there was no spike in violent crime. Rather, the increase has occurred during a time of relative economic stability in America.

This inexplicable surge in violent crime leaves us to ponder – why now? Maybe you can shed some light on this issue. Please share your thoughts below.