Book Review of "The Downstairs Neighbor" by Helen Cooper 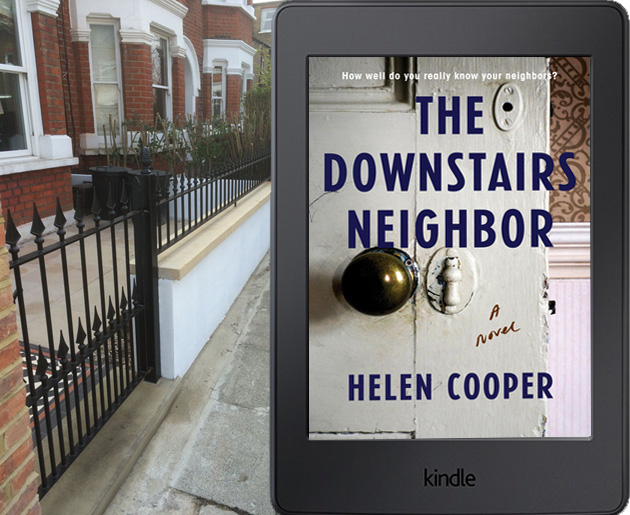 Emma Brighton – in her mid thirties, is the owner of a vintage clothing shop which has just gone out of business. Emma lives in the ground floor flat of the house alone – as her flatmate has recently moved out. Physically, she is petite with her hair dyed blue and she often dresses flamboyantly in her vintage clothing. Lonely, she adopts a white hamster named Gilbert for a pet – a creature that keeps her awake at night spinning on his wheel.

Steph, Paul, and Freya Harlow – live in the upper two floors of the house and are seemingly the family to envy. Steph works as the manager of the lounge bar at Heathrow Airport and dresses stylishly. She met her husband Paul at work. Paul works as a senior data analyst, but was once a policeman. He left the police force under a shadow that has left him traumatized. Steph and Paul both adore their seventeen year old daughter Freya. A girl who is energetic, bouncy, and intelligent. However, they are now in the midst of their worst nightmare….. Freya is missing!

Both parents harbor secrets. They both think that they are to blame for their beloved Freya’s disappearance.

Chris Watson – a driving instructor, lives in the basement flat of the house with his wife who is a nurse. He was the last person to see Freya when he took her out for a driving lesson during her lunch break from school.

Kate – is sixteen years old and lives with her Mum in a high rise. She adores her Mum, but sees less and less of her since her Mum’s new boyfriend spends more and more time at their apartment. She doesn’t like him, and is jealous of the time her Mum spends in his company. When she notices that her Mum has bruises all over her body which she is trying to hide, Kate fears that her Mum’s boyfriend Nick is abusing her. She enlists the help of her cousin, Becca, to try to get Nick out of her mother’s life.

Wow! If this is Helen Cooper’s debut novel, I’m eager to see what she comes up with next. This is definitely a debut that does not read like one. Polished, well-plotted, and with believable characters, it presents as the work of a much more seasoned novelist.

Teeming with secrets, the inhabitants of this house in Kingston-Upon-Thames, have made many mistakes. Not malicious, but mistakes born from misunderstandings, guilt, and misguided, life-altering decisions.

With themes of deception, family secrets, sacrifice, and making disastrous choices, this novel is ingeniously plotted and alarmingly realistic.