I am not sure what possess an author to try to tell a story in such a short word count, but for these people it works and works well. I am not just curious but totally enthralled when I read this stuff. I enjoy finding new stuff to read and I think I have hit the motherload here. “Manchester 6” got right on the Amazon Kindle UK charts hours after it released and has pretty much been up there since. Currently it is in the 6 spot for short stories for the 30 day period, not too bad.

If you are looking for a grouping of stories that have edge, spunk, and plenty of hard-boiled/noir characteristics, this is your ticket. Drop the $.99 and go for the ride. This is one series you will want to keep up with.

Here you go, the synopsis and author bio:

“Manchester 6 focuses on the best and worst of human nature, personified in the gritty urban setting of Manchester, UK, and featuring a plethora of no-nonsense characters you’d ordinarily want to avoid.  The six stories highlight generally decent folk who become embroiled with the lower echelons of society, aka scumbags.  Whether it’s the paranoid, spliff-sucking writer who has a falling-out online, or an ex-soldier hunting a notorious gang, there’s conflict galore.  A heroic family man faces Al Qaeda and the decision of his life.  Meanwhile, hell hath no fury like a window cleaner ripped-off of his Christmas tips.  When you add to the mix, the luckiest gambler in town having a ball, coked up in a lap-dancing club, and an eccentric ice cream van owner who pushes ‘friendship’ beyond the limit, you know something’s got to give, and, boy, does it!  This collection oozes dark wit and has more twists and turns than a snake on speed.

Col Bury was born and raised in Manchester, UK, and is the crime editor of award winning Ezine, Thrillers, Killers ‘n’ Chillers.  In 2010, he was gobsmacked at being voted the Best Fiction Magazine Editor online, in the Preditors & Editors Readers’ Poll.  His short stories can be found in anthologies, including, Even More Tonto Short Stories and The Mammoth Book of Best British Crime 9, and are forthcoming in many more.  His fiction is scattered around the blogosphere, at the likes of A Twist Of Noir and The Flash Fiction Offensive.  New York agent, Nat Sobel enjoyed Col’s online stories so much, that they’re now working together developing Col’s crime novel series, featuring the unusual cop, Jack Striker.

He lives in Manchester, UK with his wonderful wife and two beautiful children, and their Golden Labrador, Riley (who lives a life of one!).  When Col is not working, being a daddy, writing, reading or editing, he shoots pool or watches his beloved Manchester City FC.” 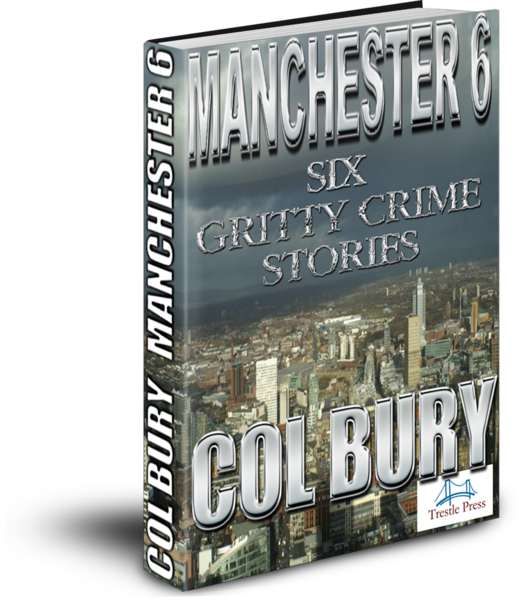