In college, after several years in the Marine Corps, working, and starting a family, I took an interest in fiction, thanks to some very influential professors who made reading enjoyable, even for hardhead jocks like me. This helped begin an eleven-year trial as an aspiring literary writer, culminating in two novels and enough frustration to make me quit writing for a decade. Later, a brief brush with law enforcement led to an interest in crime, in general. Not as a criminal, understand, but as a candidate for the sheriff’s office back home in Virginia. I lost by a landslide, not that I entertained any illusions of winning against two other highly experienced and popular candidates. I was just pushing a platform and getting some practical experience to go with my Political Science degree, maybe teach college or something. Mostly “or something.” 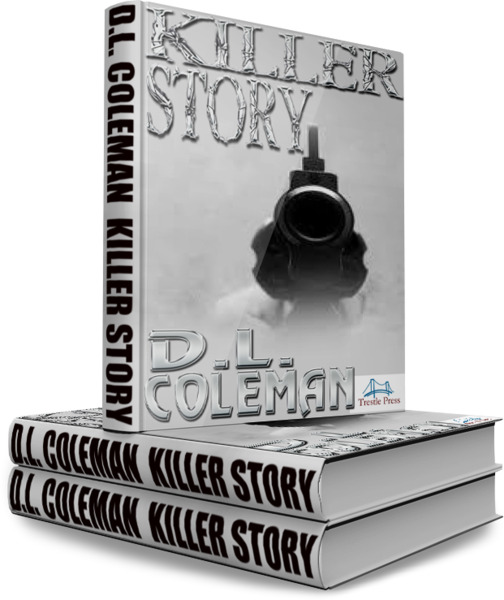 Soon I was operating a small but boring retail business out of state, with time on my hands, reading five or six newspapers a day, seven days a week, ninety to hundred hours per week and dying for contact with the outside world. I found it in studying reports of numerous unsolved crimes, locally and nationally. I started developing the International Crime Study Club, fascinated with the challenge of maybe helping solve one of these boogers in a joint effort with others, several with special skills, like medicine, forensics, etc. But this was before the internet and it was so time consuming and expensive, the phone calls, the letters to police and newspapers around the country, and no interest on their part. I did get a lot of exposure from the news wire services and a radio interview or two, and several newspaper columns, which helped generate interest, but the logistics were insurmountable for someone like me confined to a small space and limited resources.

So I began reading, among others, the true crime cases like  Joe McGinniss’s  Fatal Vision, his take on Jeffrey McDonald, Capote’s In Cold Blood, having seen the movie, etc., which led directly to crime fiction where I discovered my favorite, James Lee Burke, as well as Jonathan Kellerman, Sue Grafton and numerous others. And, of course, as a writer, I immediately said to myself, “Hell, I can do this.” So I started writing crime novels. I say “started” because I’ve finished only one, so far(KILLER STORY/Trestle Press)), and have three more  in progress, a prequel and a sequel to it in the Wray Larrick P.I. series, and a thriller, PROFESSOR OF DEATH.

I’m not one of these people who writes for therapy. I do it to make a point, convey an idea, or tell a story I think is either important, entertaining, or both. If no one’s listening, I’m not talking. I’d already thrown in the towel again, not wanting to get as serious as three decades before, dropped off the writer sites, canceled my web site(www.PVT.EYE.NET), my window decals, and taken a hiatus from the whole writing infection, saying goodbye to fellow authors, including the talented mystery characterist B.R. Stateham(the Turner Hahn/Frank Morales series) and such, when I happened to have a conversation with Ben Sobieck(Cleansing Eden), another fellow “crimespace” member and right-to-your-gut crime fiction author, himself, who suggested I give Trestle Press a try, like he and B.R. have. Glad I did. What a breath of fresh air. Real people. Responsive. Bootstrappers defying the odds and succeeding with the new technology. My kind of folks.