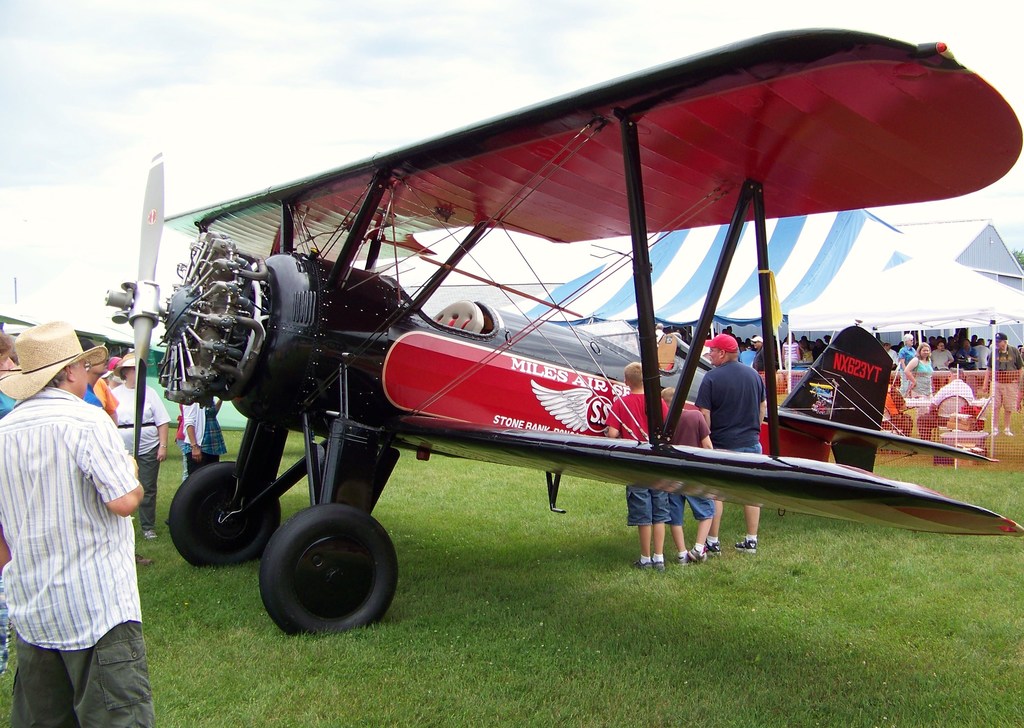 In Wisconsin this is fly-in season. Probably in your state, too.

Every Saturday and Sunday during summer some airport somewhere holds a fly-in breakfast. Okay, it’s a drive-in breakfast if you don’t have an airplane. Fact is more people drive in than fly in for these events.

A couple weeks ago, my brother and I drove down to the Beloit Airport for the local EAA chapter’s annual fly-in pancake feed. We had our eyes on the sky . . . fog that morning and a low overcast. We guessed that no one would be nuts enough to fly in such marginal weather, and we were right.

Still we enjoyed the pancakes, and we gawked at the airplanes based at the airport and the antique cars brought in for the car show. And we listened to a guy togged out in WWII infantry gear. He had driven in in a 1942 Chevy truck that had been built in Janesville – our hometown – for the Army.

By mid-morning, the fog did roll back enough that a Janesville pilot ventured into the sky and flew all of eight miles to Beloit in his 1938 Stearman. All of us ran over, after he taxied in, and oooed and ahhhed at this magnificent antique. The airplane, not the pilot.

This past weekend, Marge wanted to go to a fly-in, so she told me to look around for one. I didn’t have to look far, just 30 miles to Palmyra, population 1,766. That number is important.

The town’s airport is small . . . a 2,800-foot grass runway, 69 single-engine airplanes based here. Small, yes, but the Father’s Day breakfast draws 2,000 people. That’s everybody in Palmyra plus a couple hundred of us who drove in or flew in from a distance.

It’s a Palmyra thing. I can’t explain it.

We could have driven over to the Mineral Point Airport for a real feast – pancakes, sausage, scrambled eggs, hash brown casserole, applesauce, rolls, and, of course, a beverage. But that was 80 miles away.

Or we could have driven up to the Wautoma Airport the day before for that airport’s annual cluckenfarten fly-in.

Tomorrow: Where do book/movie/play titles come from?