'Rowson turns out an exemplary procedural with the requisite plot twists, double-crosses and all loose ends tied up neatly in a sailor’s knot.' Starred Review Kirkus (USA) 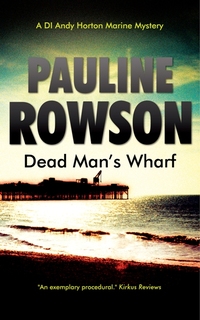 Horton and Cantelli are called to a nursing home where an elderly resident, suffering from dementia, claims she's been attacked by an intruder. Horton is ready to dismiss it as senile ramblings until he discovers that her room-mate has died, the dead woman's belongings are missing and her son, convicted for armed robbery, has been found dead in his cell. Coupled with a series of threatening telephone calls to a television personality, and a mother's conviction that her son's death on Christmas Eve was no accident, Horton finds he is caught up in a complex investigation that has far-reaching international implications. With the pressure on to find a killer, and hampered by his belief that his bosses are lying to him, Horton discovers that he's stepped into a web of intrigue, deception and corruption that stretches back into the past.

Available in hardcover, paperback, Large Print, as an ebook and audio book.