I have never looked at the number 11 in this manner, the hard way. But once you get into it, you will see that the title is apt. Eleven stories that have edge, moxie, and a bit of punch in the face reality that will satisfy any reader looking for a single yet multifaceted read. Basically Graham Smith delivers the goods not just once, twice or even three times, but one less than a dozen. This is the unbaker’s dozen of  hard-boiled/noir that works as intended; it is dark, has plenty of meat and touches the heart and soul. It may not always be in a good way, but the author has a very twisted viewpoint and it just seems to work and flow in this grouping of short stories and flash fiction. Level of expectation on this would be to have your eyes widen, a few gasps may escape your person, and on occasion the reader may feel like they have been smacked in the head. Overall  more abuse, shock and bemusement than one can expect, not bad for $2.99. Just as an FYI this made the Top 20 in three different categories on Amazon UK within 24 hours of release. I would say there is something here.

“11 Hard boiled stories of murder, misconception and mayhem. Nothing ends as expected. Everything can change in an instant. Tense, thrilling and funny. You’ll be cheering on, laughing at and crying for the characters.

Take a walk in the woods with Annie as a camping trip goes horribly wrong, slug some bourbon in Bobby’s Bar with gumshoe Leonard Peters or join Nicholas and Christine as their honeymoon trip takes a frightening turn.

Attend a night class with the girl who fears a stalker, escape killers with Jason and his sons, join Cook & Barnes as they hunt a twisted killer, look through a telescopic sight with an assassin and recoil in horror as terrorists attack.

Why has Garry been stood up at the altar? What happens to Susie? All the answers you need are in 11 The Hard Way.

Graham Smith is married with a young son. A time served joiner he has built bridges, houses, dug drains and slated roofs to make ends meet. For the last eleven years he has been manager of a busy hotel and wedding venue near Gretna Green, Scotland.

An avid fan of crime fiction since being given one of Enid Blyton’s Famous Five books at the age of eight, he has also been a regular reviewer for the well respected review site Crimesquad.com for over two years.

When not working, his time is spent reading, writing and playing with his son. He enjoys socialising and spending time with friends and family. 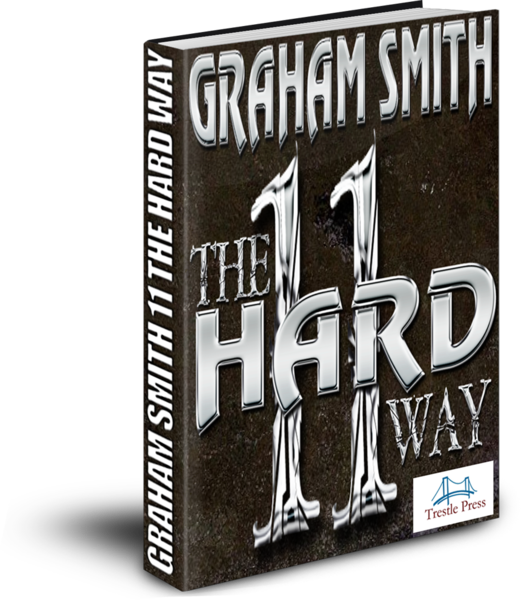