Isis has already published four unabridged audio books in the DI Horton mystery crime series: Deadly Waters, The Suffocating Sea, Dead Man’s Wharf and Blood on the Sand  which are published in hardcover, paperback and as ebooks available on all ereaders, including Kindle, Kobo and Nook. 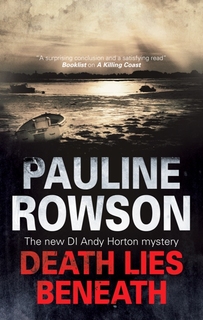 They have bought unabridged audio book rights from Severn House Publishers to Footsteps on the Shore, A Killing Coast and Death Lies Beneath. They will be released in CD, cassette and MP3 CD format and available as a download.

You can read about the DI Horton series, and my thrillers on my official website where you can also subscribe to my newsletter.