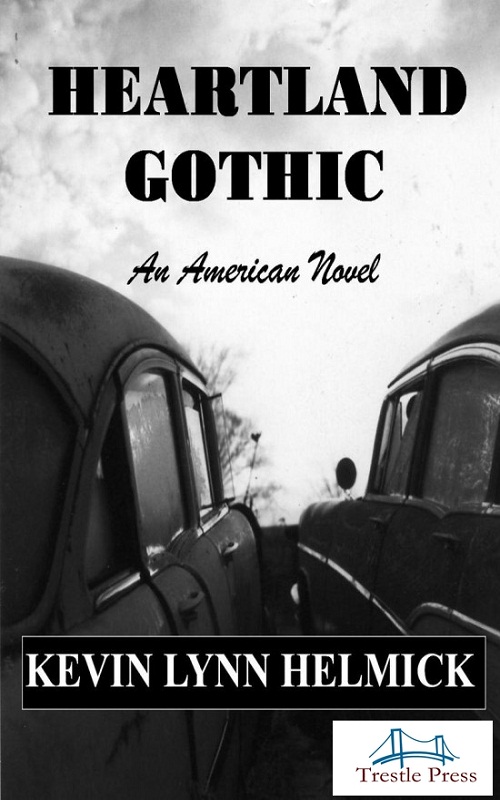 Heartland Gothic is a black comedy of going home and reawaking. Depression, early midlife crisis, and strange small town eccentricities drive this gothic story of failed Hollywood screen writer Mark West after he survives losing his contract, agent, car, girlfriend, and a comical suicide attempt on the same day he gets the news his mother in Iowa has been killed by a drunk driver.

Estranged from his Midwestern roots and nothing on the horizon Mark reluctantly returns to the Mississippi river valley he thought he’d left behind forever. His bigoted older brother Mickey, a bitter alcoholic father, and his slightly deranged younger brother Skyler, reconnect in a blood pact of murder and revenge for their mothers’ life.

Kevin Lynn Helmick, the author of three novels and a collection of poetry was born in Fort Madison Iowa, 1963, the youngest of five. Helmick has lived and worked as a carpenter, writer, photographer and artist throughout the Midwest and now resides in Lake Villa IL. Inspired by writers like Salinger, Capote, Twain and Hemmingway his writing shows a modernist, satirical look at life in America in the modern age. Known for a fast pace style, bold and gritty dialogue that challenges social norms and absolute truths through novels like The Lost Creek Journal, Clovis Point, Sebastian Cross, and Heartland Gothic.