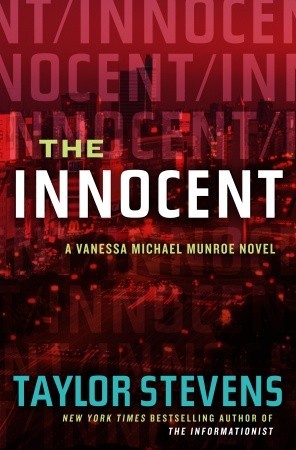 Logan explains that eight years ago, his friend, Charity's daughter, Hannah, was abducted from her school and carried over the border to Mexico to a religious cult known as The Chosen.

The Cult has hidden Hanna but now, some members of the group who have escaped The Chosen, know where Hannah is being held.

These people were childhood members of The Chosen. They tell Munroe some of the things that go on there which makes Munroe even more anxious to help.

Munroe poses as a donor and gains entry to a group home. When she sees the children, she understands how difficult it may be to resuce Hannah if she has been brainwashed and doesn't want to leave.

The reader underestands the level that the children have been instructed in The Cult religion. They are told that the outside world is corrupt and will say bad things about The Cult. Unfortunately, it one more example of young people being taken advantage and abused by people in power.

The book is disquieting at times, as we see the vulnerability of children but it is still a wonderfully evocative novel that will remain in the readers thoughts and brings to life the plight of some missing and lost children.