Location research for the next Inspector Horton crime novel

I've been doing a spot of location research for the Inspector Horton crime novel I am currently writing, which will be number six in the marine mystery crime series. (Called marine mysteries because they are all set against the backdrop of the sea). 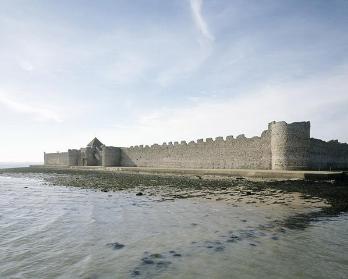 This Horton novel is again based in Portsmouth and the surrounding harbours at Portsmouth and Langstone, and this time also around the historic and splendid ruins of Portchester Castle. (Photograph courtesy of the English Heritage web site). It is an impressive ruin of a Roman 'Saxon Shore' fort, originally built in the late 3rd century. "It is the only Roman stronghold in northern Europe whose walls still mainly stand to their full 6 metre height, complete with most of their originally twenty towers," and well worth a visit if you are in the area. With stunning views over Paulsgrove Lake into Portsmouth Harbour it is a magnificent castle with a keep you can climb giving even better views. It is amazingly well preserved. There is also a nice little tea room in the ancient Priory Church of St Mary’s which stands in the Castle grounds. Me thinks Andy Horton and Barney Cantelli will be supping there!


I will say no more, not wishing to give away too much and certainly not the plot outline, but it is not an historical crime novel, it's just set around this fantastic and intriguing area. The novel is coming along nicely, especially as I now know who done it! Always a help.

Before this though there is Blood on The Sand, the fifth in the Andy Horton series due to be published in hardcover in the UK on 26 February2010 in the US in May 2010.