I was really pumped to hear that an author with Michael Tabman’s background has signed with Trestle Press to do an incredible series wrapped around the world of FBI undercover work. The work is so real and authentic that before it can even be edited, it must first be vetted by the FBI itself to be sure that nothing of a secret or sensitive nature be released. As a reader that has me amped up. I am looking forward to listening to what he, Michael Tabman, has to say as he is part of the first panel I have this week on the G-ZONE, my blogtalk radio show. More on that later. Below is the synopsis for “Bad Intent” and his bio. There is great stuff coming from this series; my suggestion is to get in on it early. 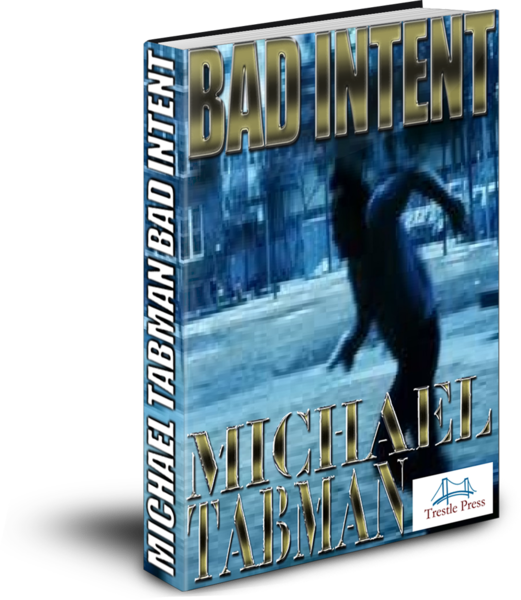 The Mob has been cut out.  Someone must be killed.  Everybody has a motive.  Nobody can be trusted.

Born and raised in New York City, Michael served as a police officer with the Fairfax County VA police department on patrol, in plain clothes and as hostage negotiator on the SWAT Team, before joining the FBI.  Michael, a 24 year FBI veteran, investigated crimes ranging from white collar to bank robberies, organized crime, drug trafficking and money laundering.  He rose through the ranks reaching the level of Special Agent in Charge. His professional travels took him to Israel, Russia, Vietnam, Singapore, Malaysia and Thailand. He has been interviewed and quoted on national and local media on matters ranging from workplace violence to fraud and street crimes.

He has a Crime and Security Blog and can be followed on Twitter @MichaelTabman  Please visit www.michaeltabman.com  “