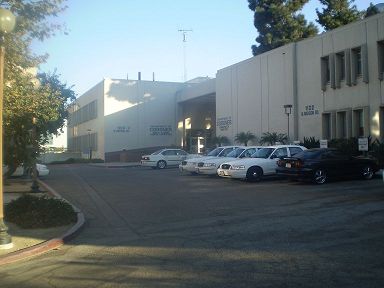 I've been back from the States for just over two weeks now, but it's taken me a while to catch up on the day-to-day stuff! So, the trip...
Bouchercon in Baltimore
I had a great time at this international mystery convention - so good I hope to get back in 2010, when it's being held in San Francisco. Both of my panels went well and I met some great people - authors and readers alike.

New York
After Bouchercon came a quick visit to New York, where I met my agent and US editor for the first time. Also managed to spend time with my best friend who lives in the US.

LA
Next stop was LA and some major location research. It's been a while since I've been to LA, and given my books are now set there it was time to visit again. My stops included the FBI office, the coroner's office (see pic), Little Tokyo (which features in book 4), the DEA office and much more. The highlight was speaking to two FBI agents from the LA Field Office and I also found a great location for a crime scene. Look out for it in book 5 (untitled so far).

Home
Then it was home to my little girl - I missed her so much! Also waiting for me were the final page proofs for the Aussie edition of book 4, The Killing Hands.

Comment by Dana King on November 10, 2008 at 5:05am
It was a pleasure to meet you at the Authors Without Borders cocktail hour in the Radisson at Bouchercon. I'm glad your trip was a success and that you got home safely to your little one.

Comment by Jacqui Horwood on November 8, 2008 at 11:16am
Hi Phillipa - sounds like you had an amazing trip. Can't wait to read The Killing Hands. I haven't quite worked up my 10,000 wd day yet but I'm getting there. Cheers Jacqui