My voice and his voice: first- or third-person narrative in the novel 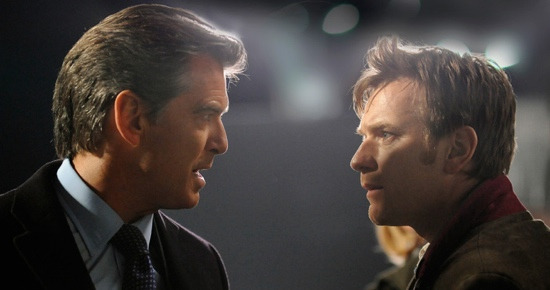 Robert Harris has been one of my favorite authors since I first laid hands on “Fatherland,” his “what if the Nazis had won” thriller. “Enigma” and “Archangel” were even better. His first two Roman ventures “Pompei” and “Imperium” were by no means the worst books I read in the years of their publication.
Then came “The Ghost.” The story of a hack hired to ghostwrite the multi-million-dollar memoirs of a former British Prime Minister — transparently Tony Blair — was diminished by two things. First, Harris clearly dislikes Blair’s political decisions so much he lost some of the power of empathy that had been important in his earlier books. Second, it was one of those times when the first person narrator simply didn’t work.
Now that the novel has been made into<a href="http://www.imdb.com/title/tt1139328/"> a movie</a> – with Harris co-writing the script with Roman Polanski – the “I” has been dropped. Significantly, the story now works much better. What is it about the change of voice that completely shifted the emphasis of the book, and improved the storytelling?
Voice – “my” voice or “his” voice – is a key element in writing a novel. “I” can give you something quirky or, more significantly, immediacy. “His” gives you detachment.
Harris wanted his narrator to be increasingly compelled, against his weak-willed, second-rate-writer instincts, to investigate something seedy he appeared to be uncovering about the former Prime Minister as he worked on the memoirs with him. In fact, it robbed him of detachment and left the narrative cluttered with the kind of outrage about Iraq and terrorist rendition the Ghostwriter probably wouldn’t have felt – but which Harris clearly did.
By taking the story out of the first person, Polanski and Harris avoided the internal outrage. Instead, they made the unnamed Ghostwriter’s actions almost entirely the result of external events. Only once or twice does he make a choice that takes him deeper into the action – to call a political foe of the Prime Minister whose phone number he finds in a dead man’s effects, for example. That’s far less than in the novel, where he’s constantly talking himself into doing something we all know he shouldn’t…and which a man being paid a quarter of a million pounds for a month’s ghostwriting surely would avoid.
There’s an alternative to the immediacy of “I” and the all-knowing narrator of the Victorian novel, however. Think of point of view. Each chapter – even the entire novel – should be from the point of view of particular character. That way you get the immediacy of first person without sacrificing the detachment of third person. (Third person also gives you more descriptive power as you can use language that might seem verbose in the mouth of your character.)
In other words, stay “with” a single character. From time to time, let us into his head with a “he thought.” But don’t stay inside that head and, by the same token, don’t switch heads from paragraph to paragraph. Let things happen to the character without the reader seeing it entirely through the character’s eyes.
That’s what Polanski and Harris did in the movie “The Ghost Writer.” Ewan McGregor, who plays the Ghostwriter, is in almost every scene. We see everything unfold from his point of view. We just don’t have to follow every trivial thought or angry impulse. And we end up with a lot more sympathy for the former Prime Minister.
It might seem less hard-hitting as political commentary. But it’s a much better story.

Comment by Matt Rees on April 24, 2010 at 10:25pm
Right. It ought to draw the reader further into the character of the narrator, but it can be off-putting if that doesn't work.

Comment by I. J. Parker on April 24, 2010 at 12:55am
Excellent analysis. It's also an issue of "character," particularly if the "I" is the protagonist and speaks throughout the book. Readers tire of an interest in someone they don't particularly like and whose views they don't share. Shades of Aristotle. :)