Drop over to Trestle Press to catch my guest post about the obsession that is writing. Here's a taste: 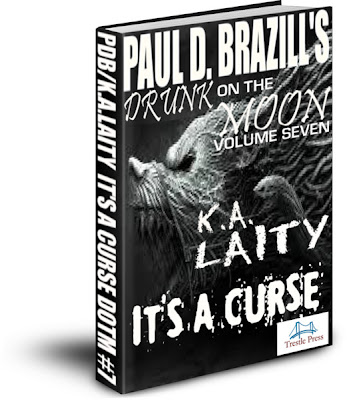 My ex once accused me of having hypergraphia . It's a clinical disease where people obsessively write anywhere, anytime, on anything they've got in front of them. Most people who suffer from the little-studied disease write nonsense: it's the action of writing that comforts their manic sprees, not content. I have a head bursting with stories that want to be written and I spend a lot of time in front of my black Mac going tappity-tappity. I also go out to the pub with friends and go see plays and walk along Galway Bay and think nothing at all but what a wonderful world this is. But writing is what I do. Writing is how I see the world. When something terrible happens to me, I struggle through it by finding the right words to describe it in my head.

The world does not care: most writers spend an awful lot of their time racking up rejections, facing indifference and incomprehension. Even when we do get published, we're generally very poorly remunerated for the long hours spent polishing the words. It is a kind of madness...

Read the rest over at Trestle Press. Here's the trailer for It's a Curse.